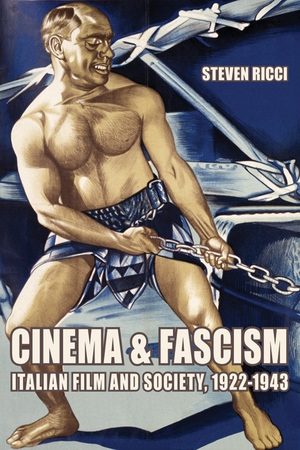 This study considers Italian filmmaking during the Fascist era and offers an original and revealing approach to the interwar years. Steven Ricci directly confronts a long-standing dilemma faced by cultural historians: while made during a period of totalitarian government, these films are neither propagandistic nor openly "Fascist." Instead, the Italian Fascist regime attempted to build ideological consensus by erasing markers of class and regional difference and by circulating terms for an imaginary national identity. Cinema and Fascism investigates the complex relationship between the totalitarian regime and Italian cinema. It looks at the films themselves, the industry, and the role of cinema in daily life, and offers new insights into this important but neglected period in cinema history.

Steven Ricci is the Director of the Moving Image Archive Studies program at University of California, Los Angeles, where he also teaches in the Department of Film, Television and Digital Media and the Department of Information Studies.

“Illuminating. . . . Ricci’s book offers a significant contribution to a more nuanced and historically specific view of cinema under fascism.”—Film Criticism

“This is a book of large ideas, supported by solid, close readings.”—CHOICE

“The most important book on this subject published in English.”—Visual Studies

"Italian Fascism was full of paradoxes, one of which concerned the cinema. Why did this self-styled totalitarian regime adopt such an apparently laissez-faire attitude towards this major art form and medium of entertainment? And if Italian cinema in the Fascist period was rarely propagandistic, was it nevertheless permeated by Fascist values in other ways? Steven Ricci approaches these and related questions both knowledgeably and with a refreshingly open mind, eschewing all the usual cliche and coming up with surprising and fascinating answers."—Geoffrey Nowell-Smith, editor of The Oxford History of World Cinema

"Steven Ricci sheds new light on the ventennio nero, the 'twenty black years' of Fascism in Italy, presenting a wealth of historical research on film in the context of society, national identity, industrialization and political economy. In his persuasive argument that propaganda and escapism were not the only forces at work in the media, Ricci offers us a compelling view of this seminal historical period. As he redefines national cinema, Ricci reshapes the national body, vividly reviving for us the cult of the body in sports and leisure, and the fascination for the male body in film. Mass tourism and means of transportation, especially the train, are understood as vehicles for cultural transfer and socio-sexual movement. While transiting from the local to the global, this provocative study of Fascism looks at Italy in relation to Hollywood and America, accounting for mediatic lure and media control-issues of both great historical significance and relevance for our times."—Giuliana Bruno, Professor of Visual and Environmental Studies, Harvard University


"I was fortunate to have followed this project from its birth. From the very beginning, I recognized the tenacity of a long distance runner. I appreciated the rigor of Steven Ricci's documentation, the intelligence of his capacity for interpretation and his thorough knowledge not only of the filmic texts but also of cinema historiography and the diverse phases of research and interpretation of fascism, in Italy and internationally, over the last thirty years. Ricci investigates this topic in all of its complexity; as an interaction between culture, aesthetics, politics and propaganda. He provides a convincing account of the cinema's privileged role as chorister of Italy's transition from an agricultural and rural economy to its industrial reality and of its role as unarmed ambassador for Italian culture between the two world wars. Within the rich variety of American research on Italian cinema during the Fascist period, this work is without doubt the most mature, best documented and original."—Gian Piero Brunetta, author of Storia del cinema Italiano
Read More >

2. The Political Economy of Italian Cinema, 1922-1943
Fascism Makes Cinematic History
The Impact of the Regime's Regulation(s)

4. Italy and America: Fascination and (Re)Negotiation
Authorial States: Mussolini and MGM March on Rome
Partnership and Competition with Hollywood

Epilogue. Resistance and the Return of the Local 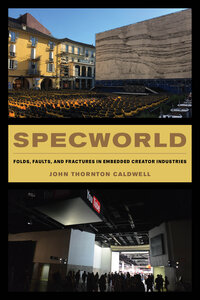