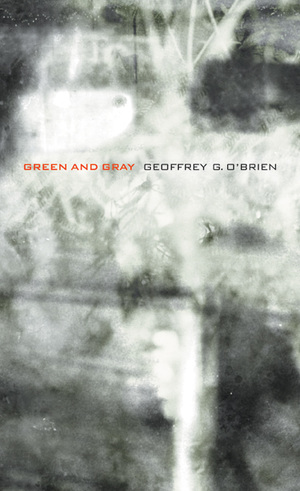 Geoffrey G. O’Brien’s second collection documents the “remorse of the senses” that attends each moment of experience, the pain and pleasure of not exiting a world in which injustice and distraction secure every sensual event. Attempting to reestablish experience as something other than complicity, these poems insist on “desiring that which is as if it were not,” making poetry out of neighborhood flyers, the Patriot Act, and the poverty of presidential speech. Given this mandate to stay within limited resources, Green and Gray makes a virtue of refusing to abandon them, often relying on an emphatic recirculation of words and phrases to generate its own system complexities. These are poems whose materials remember their former use: the gray of the city and the green it used to be.

Geoffrey G. O’Brien is a Lecturer at the University of California, Berkeley, and the author of The Guns and Flags Project (UC Press).

“Geoffrey G. O’Brien’s poems are almost conversational and often humorous. Beautiful in their pessimism, the poems are grounded in the world, as part of it and as versions of it.”—Claire Becker Octopus Magazine

“O'Brien's much-loved debut, The Guns and Flags Project, introduced a showy, meditative voice with a slippery edge and a certain standoffishness. O'Brien's follow-up tops that book and shows its author firmly at the controls of his poems.”—Publishers Weekly

“Green and Gray is an exceptional book of poetry.”—The Believer

“In his second collection, O’Brien emerges from the virtuosic linguistic thickets of his debut, The Guns and Flag Project, to confirm his place as one of the most exciting poets now writing. . . . There isn’t a bad line here.”—Craig Morgan Teicher Time Out New York

"O'Brien writes meditative poetry at the highest level. The thinking here is not 'about' anything; rather thinking becomes a modality of being within which the potential of lyric situations unfolds and takes on delightful intensities. These are not poems to interpret but to explore for how the mind attentive to the full resources of lyric traditions stretches the senses and therefore finds itself more truly and more strange."—Charles Altieri

"Green and Gray is a gem of poetic invention. There is a palpable exuberance in the way Geoffrey G. O'Brien confronts and celebrates the enigmas of being and perception. Ineluctable and Unpredictable stroll and swerve across these pages like Stan and Ollie, Krazy Kat and Ignatz, Hamm and Clov, Deleuze and Guattari, reveling at once in the music of thought and the music of chance. Best of all, we are invited to join them."—Michael Palmer, author of Company of Moths 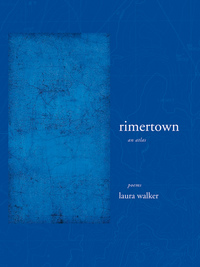