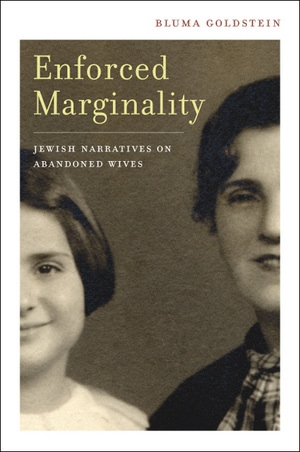 This illuminating study explores a central but neglected aspect of modern Jewish history: the problem of abandoned Jewish wives, or agunes ("chained wives")—women who under Jewish law could not obtain a divorce—and of the men who deserted them. Looking at seventeenth- and eighteenth-century Germany and then late nineteenth-century eastern Europe and twentieth-century United States, Enforced Marginality explores representations of abandoned wives while tracing the demographic movements of Jews in the West. Bluma Goldstein analyzes a range of texts (in Old Yiddish, German, Yiddish, and English) at the intersection of disciplines (history, literature, sociology, and gender studies) to describe the dynamics of power between men and women within traditional communities and to elucidate the full spectrum of experiences abandoned women faced.

Bluma Goldstein is Professor Emerita in the Department of German at the University of California, Berkeley, and is the author of Reinscribing Moses: Heine, Kafka, Freud, and Schoenberg in the European Wilderness (1994).

Acknowledgments
Prologue: Finally Out in the Open