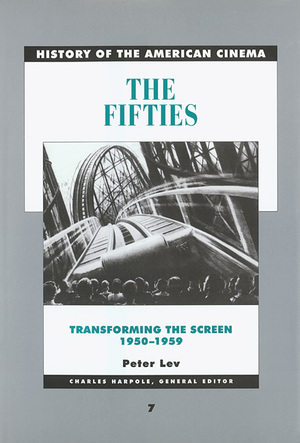 Completing the landmark, award-winning, ten-volume series on the first century of American film, The Fifties covers a particularly tumultuous period. Peter Lev explores the divorce of movie studios from their theater chains; the panic of the blacklist era; the explosive emergence of science fiction as the dominant genre (The Thing, The Day the Earth Stood Still, Forbidden Planet, War of the Worlds); the rise of television and Hollywood's response to the new medium, as seen in widescreen spectacles (The Robe, The Ten Commandments, Ben-Hur) and mature Westerns (High Noon, Shane, The Searchers). The richly detailed text elucidates a number of emerging trends as Hollywood, with its familiar stars and genres, reached out as an industry to the newly acknowledged “teenage” generation with rock and roll films, and movies as diverse as Rebel Without a Cause and Gidget.

Peter Lev is Professor of Electronic Media and Film at Towson University and author of American Films of the 70s: Conflicting Visions.