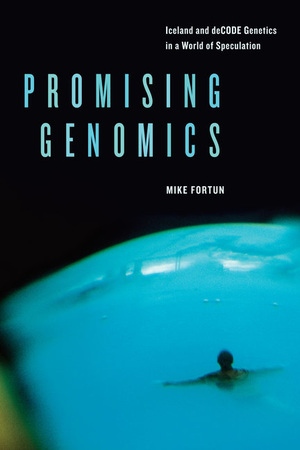 Promising Genomics Iceland and deCODE Genetics in a World of Speculation

Part detective story, part exposé, and part travelogue, Promising Genomics investigates one of the signature biotech stories of our time and, in so doing, opens a window onto the high-speed, high-tech, and high-finance world of genome science. In a luminous account, Mike Fortun investigates how deCODE Genetics, in Iceland, became one of the wealthiest companies of its kind, as well as one of the most scandalous, with its plan to use the genes and medical records of the entire Icelandic population for scientific research. Delving into the poetry of W. H. Auden, the novels of Halldór Laxness, and the perils of Keiko the killer whale, Fortun maps the contemporary genomics landscape at a time when we must begin to ask questions about what "life" is made of in the age of DNA, databases, and derivatives trading.

Mike Fortun is Associate Professor in the Department of Science and Techology Studies at Rensselaer Polytechnic Institute.

“An engaging work of writing.”—Journal Of Biosocial Science

"What an extraordinary tale, both entertaining and expertly told. I ended this page-turner chuckling and deeply informed about the outscale ambitions of bioscience, making a corporate Wild West of Iceland's cultural reserve. Scholarly science writing doesn't get any better than this."—George E. Marcus, Series Editor, Late Editions: Cultural Studies for the End of the Century

"Promising Genomics guides us through the gorgeous volatility of the Iceland genomic debates—media gullibility, corporate avarice, NGO activism, and the complicity of scholars that turn up to study them. Mike Fortun's ethnography gathers data from all over—Icelandic novels, town hall meetings, stock market speculation, the fortunes of Keiko the whale, Icelandic geography—to find a better way of engaging with contemporary genomic research. The narrative he constructs is intellectually compelling, affectively astute and politically alive. Promising Genomics is a watershed for scholars and activists working at the interface of biology and culture. It will reinvent your bioethical commitments."—Elizabeth A. Wilson, author of Psychosomatic: Feminism and the Neurological Body


"Like an ethnographic prospectus, Promising Genomics brings the fine print of our encoded future to life. Fortun reveals how financial speculation, promissory science, and compromised politics have transformed the people of Iceland into genetic stock—and how Icelanders have responded. Anyone invested in the question of how techno-scientific futures are launched would be well advised to read this vivid account."—Ken Alder, author of The Lie Detectors: The History of an American Obsession
Read More > 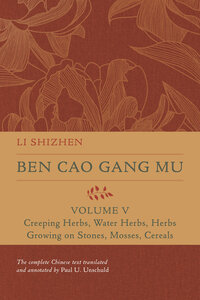 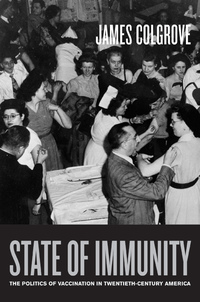