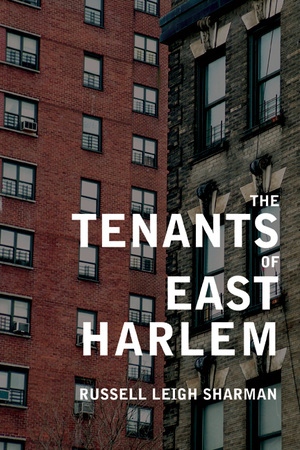 Rich with the textures and rhythms of street life, The Tenants of East Harlem is an absorbing and unconventional biography of a neighborhood told through the life stories of seven residents whose experiences there span nearly a century. Modeled on the ethnic distinctions that divide the community, the book portrays the old guard of East Harlem: Pete, one of the last Italian holdouts; José, a Puerto Rican; and Lucille, an African American. Side by side with these representatives of a century of ethnic succession are the newcomers: Maria, an undocumented Mexican; Mohamed, a West African entrepreneur; Si Zhi, a Chinese immigrant and landlord; and, finally, the author himself, a reluctant beneficiary of urban renewal. Russell Leigh Sharman deftly weaves these oral histories together with fine-grained ethnographic observations and urban history to examine the ways that immigration, housing, ethnic change, gentrification, race, class, and gender have affected the neighborhood over time. Providing unique access to the nuances of inner-city life, The Tenants of East Harlem shows how roots sink so quickly in a community that has always hosted the transient, how new immigrants are challenging the claims of the old, and how that cycle is threatened as never before by the specter of gentrification.

Russell Leigh Sharman is Assistant Professor in the Department of Anthropology and Archaeology at Brooklyn College.

“Sharman gives us a good sense of the way ethnic changes in East Harlem have impacted the community, using individual case studies to convey his themes.”—Randy Shaw Beyond Chron

“An intriguing and idiosyncratic look at gentrification [with] good stories.”—Multicultural Review

“These case studies are an opportunity for the general reader to understand the changing face of Manhattan and its resilient people and economy.”—Times Literary Supplement (TLS)

"An excellent contribution to the history of East Harlem, history of ethnic immigration and social inequality in the United States, and finally to understanding the phenomenon of the ethnically and class segregated U.S. inner city."—Philippe Bourgois, author of In Search of Respect: Selling Crack in El Barrio

"The Tenants of East Harlem is an excellent and absorbing book on the way immigration and ethnic change have affected East Harlem and its residents. Through engaging, and often extremely moving, life stories of several residents of the community, Russell Sharman provides a window into the processes of change in this well-known New York City neighborhood."—Nancy Foner, author of From Ellis Island to JFK: New York's Two Great Waves of Immigration 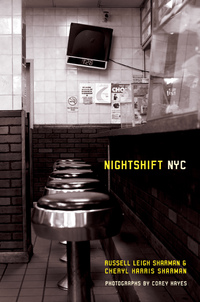