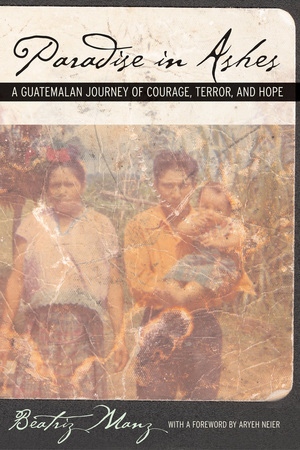 Paradise in Ashes A Guatemalan Journey of Courage, Terror, and Hope

Paradise in Ashes is a deeply engaged and moving account of the violence and repression that defined the murderous Guatemalan civil war of the 1980s. In this compelling book, Beatriz Manz—an anthropologist who spent over two decades studying the Mayan highlands and remote rain forests of Guatemala—tells the story of the village of Santa María Tzejá, near the border with Mexico. Manz writes eloquently about Guatemala's tortured history and shows how the story of this village—its birth, destruction, and rebirth—embodies the forces and conflicts that define the country today.

Drawing on interviews with peasants, community leaders, guerrillas, and paramilitary forces, Manz creates a richly detailed political portrait of Santa María Tzejá, where highland Maya peasants seeking land settled in the 1970s. Manz describes these villagers' plight as their isolated, lush, but deceptive paradise became one of the centers of the war convulsing the entire country. After their village was viciously sacked in 1982, desperate survivors fled into the surrounding rain forest and eventually to Mexico, and some even further, to the United States, while others stayed behind and fell into the military's hands. With great insight and compassion, Manz follows their flight and eventual return to Santa María Tzejá, where they sought to rebuild their village and their lives.

Beatriz Manz, born in Chile, is Professor of Geography and Ethnic Studies at the University of California, Berkeley. She is the author of Refugees of a Hidden War: The Aftermath of Counterinsurgency in Guatemala (1988).

“Manz’ book allows us to see the human drama of war with a sharply focused lens. In these uncertain times, when U.S. leaders are only too eager to take up arms, we would do well to read Manz’ book and remind ourselves of what’s truly at stake when we go to war.”—Beyond Chron

“This is an unflinching and ultimately fair account of Guatemala’s civil war. . . [is] highly recommended.”—A. E. Adams Choice

“Paradise in Ashes is a good read and essential to anyone who hopes to understand what we can only hope will be the last genocide in the Americas.”—National Catholic Reporter

“‘Paradise in Ashes’ . . . deserves wide reading, if only to generate sympathy for the poorest -- and sometimes most traumatized -- among us. “—San Francisco Chronicle

"Manz captures one of the most tragic periods of Guatemalan history with truly extraordinary insight, intimacy and brilliance. Myrna Mack, her friend and colleague, was murdered by the military, but ultimately the epic story of these isolated areas could not be extinguished. This outstanding, courageous and committed anthropologist has given us a precious gift in these pages--a masterpiece that is sure to become a classic of this troubled time."—Helen Mack Chang, President of the Myrna Mack Foundation and recipient of the 1992 Right Livelihood Award, also known as the "Alternative Nobel Peace Prize."


"Much more than the ethnography of a beleaguered village in Guatemala, Paradise in Ashes is about how international politics, in this case, the Cold War, played itself out within a culture that is every bit as 'foreign' as that of Iraq or Afghanistan. Combining a lifetime of uncommonly solid scholarship with a lively, accessible style, Manz has produced a genuine landmark, blending the local with the global into a compelling new approach to problems that continue to bedevil our world."—Lars Schoultz, author of Beneath the United States: A History of U.S. Policy Toward Latin America

"Manz reads the larger political, national, and international contexts into the gripping and nail-biting horror stories she tells about the life, death, and rebirth of Santa María Tzejá, a tough little village in Guatemala to which she is emotionally and politically bound for life. More than any anthropologist of her generation Manz is both ethnographer and compañera."—Nancy Scheper-Hughes, author of Death without Weeping: the Violence of Everyday Life in Brazil

"Paradise in Ashes is a masterpiece. Written with a lucid and sensitive anthropological eye it is a work of scholarly and literary excellence. There is no happy ending to this remarkable, revealing story. Nonetheless, the strength, courage and hope of the Mayans, poignantly revealed by Beatriz Manz, makes this, after all its horrors, an up-beat, even inspiring, story. Manz brings back to us the best, the most illuminating of the legendary Latin American anthropology."—Adolfo Aguilar Zinser, Mexico's ambassador to the United Nations, and member of the Security Council

"Beatriz Manz has written a moving chronicle of Guatemalan villagers who have endured unspeakable injustice, yet remarkably look to the future with hope. This splendid book is a beautifully written human story that is framed by the passions and devastating consequences of the cold war. The narrative is a testament to the power of public anthropology and a must read for those concerned about the marginalized of the South."—Isabel Allende

"The violent overthrow of democracy in Guatemala in 1954 by the army, with CIA backing, spelled the end of FDR's 'good neighbor' policy. In its stead, cold war ideology transformed Guatemala into one vast death camp. No wonder President Clinton apologized to the victims of that genocide. Beatriz Manz, as both an anthropologist and a human being, gives us the precise account of the high price of a political mistake."—Carlos Fuentes

"No one could have written this book but Beatriz Manz: she understood the villagers in the most perceptive of ways, and she gained their trust. Her passion and lifetime of dedication to Guatemala shine through as she brings alive these exceptional human beings and the fire they walked through. Paradise in Ashes is an extraordinary achievement and a defining document of this genocidal period."—Rigoberta Menchú Tum 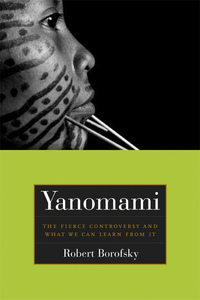 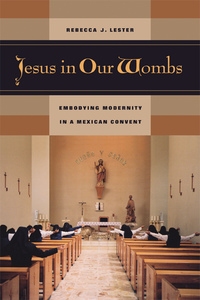 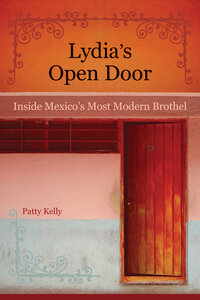