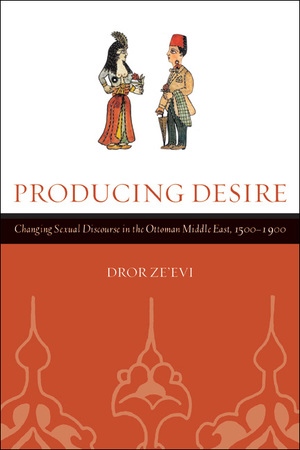 This highly original book brings into focus the sexual discourses manifest in a wealth of little-studied source material—medical texts, legal documents, religious literature, dream interpretation manuals, shadow theater, and travelogues—in a nuanced, wide-ranging, and powerfully analytic exploration of Ottoman sexual thought and practices from the heyday of the Ottoman Empire in the sixteenth century to the beginning of the twentieth. Following on the work of Foucault, Gagnon, Laqueur, and others, the premise of the book is that people shape their ideas of what is permissible, define boundaries of right and wrong, and imagine their sexual worlds through the set of discourses available to them. Dror Ze’evi finds that while some of these discourses were restrictive and others more permissive, all treated sex in its many manifestations as a natural human pursuit. And, he further argues that all these discourses were transformed and finally silenced in the last century, leaving very little to inform Middle Eastern societies in sexual matters. With its innovative approach toward the history of sexuality in the Middle East, Producing Desire sheds new light on the history of the Ottoman Empire, on the history of sexuality and gender, and on the Islamic Middle East today.

Dror Ze’evi, Senior Lecturer in the Department of Middle Eastern Studies at Ben Gurion University, is author of An Ottoman Century: The District of Jerusalem in the 1600s (1996).

“Excellent, carefully researched, well-written contribution to the fields of both Ottoman history and gender or sexuality studies.”—Choice

“Producing Desire is a major, highly original, and often surprising presentation of sexual attitudes and practices in the Ottoman Middle East. The author uses a wide variety of contemporary sources to shed new light and draw original conclusions regarding changing attitudes toward sexuality in the Ottoman Empire before and after western influences. These influences are shown to have inhibited forms of male sexual expression that had occurred more freely in an earlier period. I recommend it enthusiastically for students, faculty, and the general public.”—Nikki R. Keddie, author of Modern Iran: Roots and Results of Revolution

“Using the concept of multiple scripts, Dror Ze'evi brings together into a powerfully analytical focus several sexual discourses to give us a historically grounded and nuanced story about Ottoman sexual thought and practices. No other work brings these 'scripts' together the way Ze'evi has attempted and successfully accomplished.”—Afsaneh Najmabadi, author of Women with Mustaches and Men without Beards: Gender and Sexual Anxieties of Iranian Modernity

“As a broad treatment of questions of sexuality over four centuries, Producing Desire not only takes up a topic that no one else has treated systematically, but also aims ambitiously to talk about change over time, and in particular to describe the ambiguous and uneasy outlook of the nineteenth century, when various discourses about sex were challenged.”—Leslie Peirce, author of Morality Tales: Law and Gender in the Ottoman Court of Aintab

List of Illustrations
List of Tables
Acknowledgments
Note on the Transliteration of Arabic and Turkish
Introduction: Sex as Script

1. The Body Sexual: Medicine and Physiognomy
2. Regulating Desire: SharC{ayn}a and Kanun
3. Morality Wars: Orthodoxy, Sufism, and Beardless Youths
4. Dream Interpretation and the Unconscious
5. Boys in the Hood: Shadow Theater as a Sexual Counter-Script
6. The View from Without: Sexuality in Travel Accounts 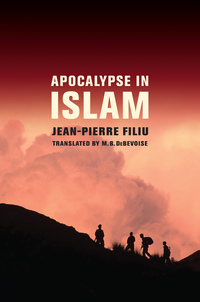