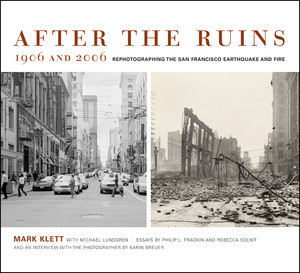 After the Ruins, 1906 and 2006 Rephotographing the San Francisco Earthquake and Fire

How exactly has San Francisco’s urban landscape changed in the hundred years since the earthquake and cataclysmic firestorms that destroyed three-quarters of the city in 1906? For this provocative rephotography project, bringing past and present into dynamic juxtaposition, renowned photographer Mark Klett has gone to the same locations pictured in forty-five compelling historic photographs taken in the days following the 1906 earthquake and fires and precisely duplicated each photograph’s vantage point. The result is an elegant and powerful comparison that challenges our preconceptions about time, history, and culture. “I think the pictures ask us to become aware of the extraordinary qualities of our own distinct moment in time. But it is a realization that a particular future is not guaranteed by the flow of time in any given direction.” So says Mark Klett discussing this multilayered project in an illuminating interview included in this lavishly produced volume, which accompanies an exhibition at The Fine Arts Museums of San Francisco.

After the Ruins, 1906 and 2006 features a vivid essay by noted environmental historian Philip Fradkin on the events surrounding and following the 1906 earthquake, which he describes as “the equivalent of an intensive, three-day bombing raid, complete with many tons of dynamite that acted as incendiary devices.” A lyrical essay by acclaimed writer Rebecca Solnit considers the meaning of ruins, resurrection, and the evolving geography and history of San Francisco.

Mark Klett, Regent’s Professor of Art at Arizona State University, is author of eleven books of photography, among them Third View: A Rephotographic Survey of the American West (2004), Revealing Territory (1992), and One City/Two Visions: San Francisco Panoramas 1878 and 1990 (1990). His photographs have been shown and are in the permanent collections of the Whitney Museum of American Art, the Los Angeles County Museum of Art, the Oakland Museum of California, and the Huntington Library. Philip Fradkin is author of ten acclaimed books on the American West including The Great Earthquake and Firestorms of 1906: How San Francisco Nearly Destroyed Itself (California 2004) and The Seven States of California (California, 1997). He shared a Pulitzer Prize while at the Los Angeles Times. Rebecca Solnit’s previous books include River of Shadows: Eadweard Muybridge and the Technological Wild West (2003), winner of the 2003 National Book Critic’s Circle Award, Wanderlust: A History of Walking (2001), and Savage Dreams: A Journey into the Landscape Wars of the American West (California, 1999).

“The remarkable juxtaposition of old and new photographs, beautifully reproduced, provides a sense of just how much our cities may, or may not, change through time.”—American History

“A remarkable album of images that show not only the devastation the city suffered, but the various ways in which it has recovered and risen from the rubble. . . . [An] informative and oddly addictive book.”—Associated Press

“A remarkable album of images that show not only the devastation the city suffered, but the various ways in which it has recovered and risen from the rubble.”—Ron Berthel Associated Press

“Such collections provide practical evidence of change, but they can also yield much more.”—Kim Long Bloomsbury Review

“A remarkable album of images that show not only the devastation the city suffered, but the various ways in which it has recovered and risen from the rubble. . . . [An] informative and oddly addictive book.”—Ron Berthel Edmonton Sun

“Klett’s photographs likely will captivate anyone who has visited San Francisco.”—Houston Chronicle

“Klett exposes not just a nearly physical erasure—in which contemporary San Francisco has literally superimposed itself on the phantom city of 1906—but also the idea that the past itself is little more than an illusion.”—Los Angeles Times Book Review

“The matching pairs are historical documents, artifacts of urban development, works of fine art and, not incidentally, the palpable result of a magnificent obsession.”—Jonathan Kirsch Los Angeles Times Book Review

“This impressive volume is a work of art, scholarship, and spirit. And, in a way, it’s also about traveling through time. . . . For anyone who has ever walked this city, this book will be a visual tour of a city reborn.”—Newsday

“After the Ruins is both a return to and a completion of this artist’s deliberate widening of his own temporal horizons. . . . The past is plunged into the present, setting memory adrift like a yellowed ghost, wandering through the public square in the midday sun. As Klett seems to have intended all along, the flowing future, present and past begin to feel less and less like settled facts, and more and more like open questions.”—Photo-Eye

“The subject gives the result a visceral jolt.”—San Francisco Chronicle

“The show casts an insinuating, dreamlike spell. It’s as if by looking - almost listening - to these cunningly paired photographs closely enough, we could witness the earthquake in some timeless zone of simultaneity.—Steven Winn, Culture Editor San Francisco Chronicle

“Klett’s work is a powerful reminder of the adage that the only constant is change.”—San Francisco Magazine

“A dramatic comparison of the city’s tragic past as seen next to today’s modern advances and architecture. This book is a riveting lesson about the fury of Mother Nature and power of human courage.”—Shutterbug

“Klett's book will be of value on many levels: it is presented as a work of art, which it is, but will appeal to artists, photographers, historians, seismologists and engineers alike.”—Times Higher Ed Supplement (Thes)

"After the Ruins is a remarkable achievement. A moving commemoration of a tragic centennial; the residual landscapes of San Francisco that beckon from these words and pictures remind us of history’s power and its proximity. Klett, Fradkin, and Solnit are brilliant guides through San Francisco landscapes then and now.”—William Deverell, Director, Huntington-USC Institute on California and the West.”

“There has never been a book on this subject with these perspectives and this depth. The combination of Fradkin’s solid historical research with Solnit’s illuminating historical insight combined with Klett’s extensive rephotography breaks new ground.”—Robert Dawson, photographer of Farewell Promised Land: Waking from the California Dream

“After the Ruins is, in some ways, a century in the making. It is well worth the wait: Klett and his colleagues continue to push the meaning, significance, and power of rephotography. In this poignant commemoration of urban tragedy, they have offered us a meditation on history, imagery, and landscape.”—Jennifer A. Watts, Curator of Photographs, The Huntington Library 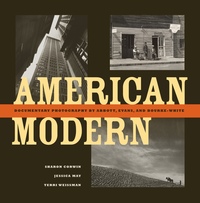 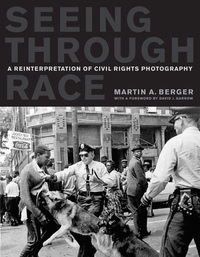 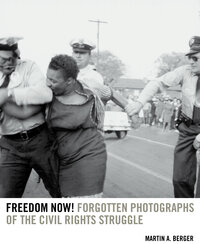 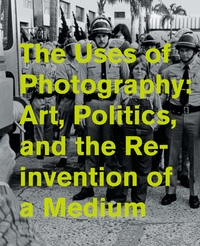 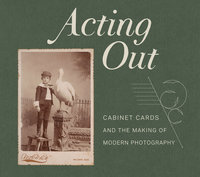