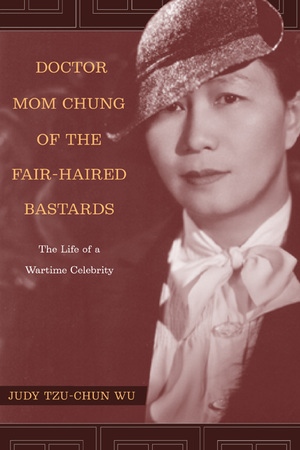 During World War II, Mom Chung's was the place to be in San Francisco. Soldiers, movie stars, and politicians gathered at her home to socialize, to show their dedication to the Allied cause, and to express their affection for Dr. Margaret Chung (1889-1959). The first known American-born Chinese female physician, Chung established one of the first Western medical clinics in San Francisco's Chinatown in the 1920s. She also became a prominent celebrity and behind-the-scenes political broker during World War II. Chung gained national fame when she began "adopting" thousands of soldiers, sailors, and flyboys, including Ronald Reagan, Admiral Chester W. Nimitz, and Admiral William F. Halsey, Jr. A pioneer in both professional and political realms, Chung experimented in her personal life as well. She adopted masculine dress and had romantic relationships with other women, such as writer Elsa Gidlow and entertainer Sophie Tucker.

This is the first biography to explore Margaret Chung's remarkable and complex life. It brings alive the bohemian and queer social milieus of Hollywood and San Francisco as well as the wartime celebrity community Chung cultivated. Her life affords a rare glimpse into the possibilities of traversing racial, gender, and sexual boundaries of American society from the late Victorian era through the early Cold War period.

Judy Tzu-Chun Wu is Associate Professor in the Department of History at Ohio State University.

"A nicely written biography, Wu's Doctor Mom Chung of the Fair-Haired Bastards is a welcome addition to Chinese American studies."—Journal of American History

"The book . . . succeeds because of Wu's ability to bring together the broader social and cultural histories of Chinese Americans and women in the United States with significant changing local and national events. In particular, Wu's narration brings new insights into the histories of the Protestant missionary movement, the medical profession and Progressive urban reform by simultaneously applying the analytical lenses of gender, race and sexuality in her reworking of these histories. More importantly, though, the recovery of the remarkable life history of Margaret Chung provides readers with a glimpse into the varied gender, racial and sexual experimentations available to Chinese American women in that period. The chapters dealing with Margaret Chung's sexual persona and same-sex female relationships particularly offer exciting new scholarship for the fields of the history of sexuality and Asian American studies."—Social History

“The most socially conscious, rigorously researched celebrity biography to be published by a university press in a long while. Wu’s book transcends the university-syllabi pigeonhole because her scholarship equals the task of essaying its broader topic: the culture of celebrity.”—East Bay Express

"This is a superb study of the life of a remarkable person, Margaret Chung, who was the first female professor and chair of obstetrics in a coeducational medical school and the first woman ever to give a paper at the International Congress of Medicine."—American Historical Review

"Using autobiographical materials and other unpublished papers belonging to Dr. Margaret Chung (1889-1959), correspondence from admirers and friends, and oral histories, and supplementing these with published and archival materials, Judy Wu has done an outstanding job in describing and analyzing the life and times o? this unusual woman who is the first known American born Chinese female physician."—Western Historical Quarterly

“In this intimate biography, the author examines the remarkable life of a woman who transcended ethnic, gender, and sexual norms to gain political influence in traditionally male professional arenas as well as social acceptance in the bohemian and gay subcultures of San Francisco and Los Angeles.”—Southern California Quarterly

PART 1: RELIGION AND MEDICINE
1. “The Medical Lady Missionary”
2. Living Their Religion
3. Where Womanhood and Childhood Meet

PART 2: A SEARCH FOR BELONGING
4. “A Noble Profession”
5. “The Beginning of a New Era”
6. “The Ministering Angel of Chinatown”
7. A Sister Lesbian?

PART 3: ORIENTALIZED MOTHERHOOD
8. Becoming Mom Chung
9. A Model Family at War
10. Creating WAVES
11. “I’ll Wait on You Forever”
Epilogue: “There Will Never Be Another Mom Chung”