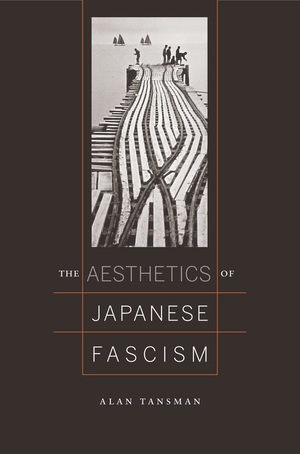 The Aesthetics of Japanese Fascism

In this wide-ranging study of Japanese cultural expression, Alan Tansman reveals how a particular, often seemingly innocent aesthetic sensibility—present in novels, essays, popular songs, film, and political writings—helped create an "aesthetic of fascism" in the years leading up to World War II. Evoking beautiful moments of violence, both real and imagined, these works did not lead to fascism in any instrumental sense. Yet, Tansman suggests, they expressed and inspired spiritual longings quenchable only through acts in the real world. Tansman traces this lineage of aesthetic fascism from its beginnings in the 1920s through its flowering in the 1930s to its afterlife in postwar Japan.

Alan Tansman is Agassiz Professor of Japanese in the Department of East Asian Languages and Cultures at the University of California, Berkeley. He is the author of The Writings of Kôda Aya, a Japanese Literary Daughter and editor, with Dennis Washburn, of Studies in Modern Japanese Literature: Essays and Translations in Honor of Edwin McClellan.

“The Aesthetics of Japanese Fascism makes a groundbreaking contribution to an exciting and newly developing field and no doubt will provide much food for thought for future researchers on this important subject.”—Journal of Japanese Studies

"The range of Alan Tansman's coverage is truly prodigious and diverse—from the most obscurantist cultural analysis through mawkish sentimentality and orchestrated nostalgia for the medium past. His scholarship is impeccable: he knows the relevant secondary literature and has absorbed an impressively wide-ranging metacritical literature, which he has used with great originality and authority to untangle the knotted relationship between aesthetic modernism and fascism. He reads difficult texts brilliantly, with seeming and enviable effortlessness and his translations are a joy to read."—Harry Harootunian, University of Chicago

"Alan Tansman opens up a new apprehension of the fantastic possibilities of these works through his attention to the senses. He is as much attuned to the specifically rhythmic and tonal dimensions of writing as he is to its visual possibilities. And he has the capacity to evoke these varied sensorial domains in his own (re) writings, which, in their refusal to give up on beauty, critically recapitulate the very dilemma that his object texts stage: the dilemma of beauty within capitalist modernity and its complicity with an aesthetics of unification that often presages violence."—Marilyn Ivy, Columbia University

Preface
List of Abbreviations
Introduction: The Aesthetics of Japanese Fascism

4. The Rhetoric of Unspoken Fascism: The Essence of the National Polity

5. Sentimental Fascism on the Screen: Mother under the Eyelids

7. Filaments of Fascism in Postwar Times