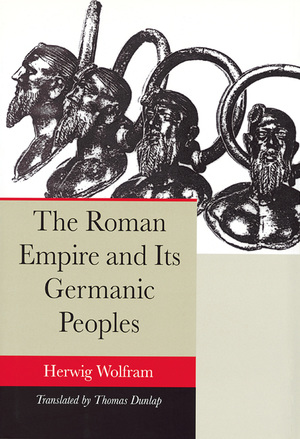 The Roman Empire and Its Germanic Peoples

The names of early Germanic warrior tribes and leaders resound in songs and legends; the real story of the part they played in reshaping the ancient world is no less gripping. Herwig Wolfram's panoramic history spans the great migrations of the Germanic peoples and the rise and fall of their kingdoms between the third and eighth centuries, as they invaded, settled in, and ultimately transformed the Roman Empire.

As Germanic military kings and their fighting bands created kingdoms, and won political and military recognition from imperial governments through alternating confrontation and accommodation, the "tribes" lost their shared culture and social structure, and became sharply differentiated. They acquired their own regions and their own histories, which blended with the history of the empire. In Wolfram's words, "the Germanic peoples neither destroyed the Roman world nor restored it; instead, they made a home for themselves within it."

This story is far from the "decline and fall" interpretation that held sway until recent decades. Wolfram's narrative, based on his sweeping grasp of documentary and archaeological evidence, brings new clarity to a poorly understood period of Western history.

"[Wolfram] explores the high points in the history of a number of closely related Germanic societies as they faced the power of the Roman Empire and Roman imperial society. . . . This is a learned, sophisticated, and valuable book—one which can address the interests of people on all levels of erudition."—Robert L. Benson, co-editor of Renaissance and Renewal in the Twelfth Century 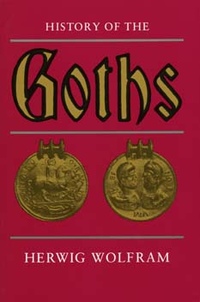 History of the Goths