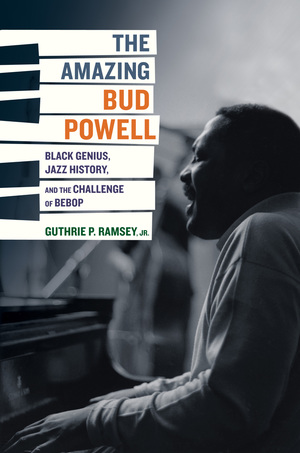 The Amazing Bud Powell Black Genius, Jazz History, and the Challenge of Bebop

Serious Black Music and the Art of Bebop

into flatted fifths and flatter beers

that at a sudden change become

In her treasury of private memories, Bud Powell's daughter, Celia, recalls her father as an uncomplicated man, "content with the simple things in life, not wanting much more than a meal and to play." But in the public world where he established his fame, Powell cut a more challenging figure. His work represents, for many, a pinnacle of artistic achievement among the pantheon of brilliant jazz pianists. His relentless flow of musical ideas-their unsettling rhythmic disjunction; those explosive launches into beautifully crafted passages of push, pull, run, and riff, punctuated by the perfect landing at ferocious speeds-remains an inspiring, though intimidating, factor for pianists who come behind him. Indeed, his brilliance in the bebop idiom pushed jazz musicians of all stripes to high standards of performance that have rarely been matched. His contributions have been as germane to the modern jazz pianist's training as Czerny five-finger exercises and Bach Inventions are to that of classically trained pianists. Despite his importance to jazz, he remains one of the music's lesser-known figures. Yet he was a towering pianist who inspires awe and respect among those in the know.

As one of the select group of gifted mid-twentieth-century "cullud boys," Powell can teach us much about what made his chosen idiom such a dramatic and poignant musical statement. Here and in following chapters, I discuss some of the themes and issues-musical and otherwise-that show how Powell's bebop worked as a commercialized, racialized, gendered, and age-specific enterprise. Throughout his lifetime, jazz developed from a cultish, ethnic-infused vogue to the sound of American pop to a demanding avant-garde. Within this dynamic continuum of pedigree shifts, Powell's work can also be seen as entangled in the aesthetic legacies of musicians such as Duke Ellington, Art Tatum, and Teddy Wilson, among others whose artistic lives helped to create a cultural space for the learning, practice, and dissemination of the art of jazz. At the same time, there are those who believe that we should retain the political edge that bebop once possessed as a stand-alone tradition. Eric Lott, for example, has lamented what he sees as the casual commercialization of a

Bud Powell was not only one of the greatest bebop pianists of all time, he stands as one of the twentieth century’s most dynamic and fiercely adventurous musical minds. His expansive musicianship, riveting performances, and inventive compositions expanded the bebop idiom and pushed jazz musicians of all stripes to higher standards of performance. Yet Powell remains one of American music’s most misunderstood figures, and the story of his exceptional talent is often overshadowed by his history of alcohol abuse, mental instability, and brutalization at the hands of white authorities. In this first extended study of the social significance of Powell’s place in the American musical landscape, Guthrie P. Ramsey, Jr. shows how the pianist expanded his own artistic horizons and moved his chosen idiom into new realms. Illuminating and multi-layered, The Amazing Bud Powell centralizes Powell’s contributions as it details the collision of two vibrant political economies: the discourses of art and the practice of blackness.

Guthrie P. Ramsey, Jr., is the Edmund J. and Louise W. Kahn Term Professor of Music and Africana Studies at the University of Pennsylvania and author of the prize-winning Race Music: Black Cultures from Bebop to Hip-Hop (UC Press).

"Ramsey writes with a musician's ear. . . . Full of beauty and that edgy logic."—John Mole The Times Literary Supplement

"An important, thoughtful work for those wishing to probe beyond cliches."—DownBeat

"Convincingly makes its case for the oft-overlooked jazz virtuoso. Ramsey contextualizes Powell’s history of alcohol abuse, mental istability, and 'brutalization at the hands of white authorities,' and rightly places him in the pantheon of jazz’s greats."—The Virginia Quarterly Review

"Equal parts biography, historiography, and music analysis, Ramsey’s brilliant study represents a much-needed examination of one of jazz’s most influential pianists and artists."—Notes

"What happens to a genius deferred? If that genius is Bud Powell, it finds resonance in the prose and cultural exegesis of Guthrie Ramsey, Jr., whose brilliant The Amazing Bud Powell offers one of the most compelling and generative views into this enigmatic giant of Black Modernism."—Mark Anthony Neal, author Looking for Leroy: Illegible Black Masculinities

Introduction
1. “Cullud Boys with Beards”: Serious Black Music and the Art of Bebop
2. Something Else: The Tests and Triumphs of a Modernist
3. Notes and Tones: Black Genius in the Social Order
4. Making the Changes: Jazz Manhood, Bebop Virtuosity, and a New Social Contract
5. Exploding Narratives and Structures in the Art of Bud Powell
Coda: Cultural Validation and Requiem for a Heavyweight 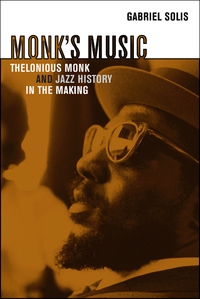 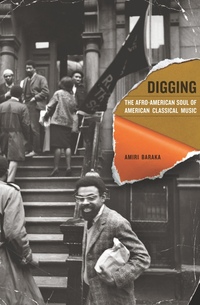 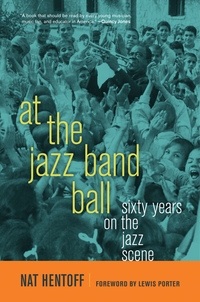 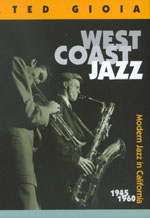