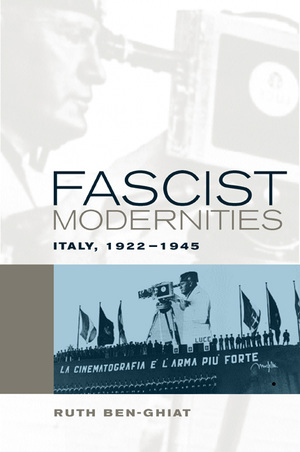 Ruth Ben-Ghiat's innovative cultural history of Mussolini's dictatorship is a provocative discussion of the meanings of modernity in interwar Italy. Eloquent, pathbreaking, and deft in its use of a broad range of materials, this work argues that fascism appealed to many Italian intellectuals as a new model of modernity that would resolve the contemporary European crisis as well as long-standing problems of the national past. Ben-Ghiat shows that—at a time of fears over the erosion of national and social identities—Mussolini presented fascism as a movement that would allow economic development without harm to social boundaries and national traditions. She demonstrates that although the regime largely failed in its attempts to remake Italians as paragons of a distinctly fascist model of mass society, twenty years of fascism did alter the landscape of Italian cultural life. Among younger intellectuals in particular, the dictatorship left a legacy of practices and attitudes that often continued under different political rubrics after 1945.

"Ruth Ben-Ghiat's Fascist Modernities: Italy 1922-1945 is among the very best analyses of Fascist culture in any language. Based on a truly amazing amount of research, this volume traces the first stirrings of a generation of Italian writers and film directors who would pass from Fascism through the Resistance to militancy in the Communist, Socialist, Action, and Christian Democratic parties and then beyond into the new Italy of the 'economic miracle.'"—Alexander De Grand, author of Bottai e la cultura fascista

"A superb and original work of scholarship, Fascist Modernities give us a startling new picture of the Italian fascist period and its cultural politics, as well as remarkable new analyses of Italian fascist anti-Semitism and of the relation between Italy's colonial aspirations and conquests and its modernizing schemes. Most impressive of all, Ben-Ghiat single-handedly changes our understanding of the place of realism in Italian literary history and in twentieth-century cinema."—Barbara Spackman, author of Fascist Virilities: Rhetoric, Ideology and Social Fantasy in Italy

"Ruth Ben-Ghiat's book is an important contribution to the history of fascist culture, showing the complex ways in which fascism used intellectuals and intellectuals used fascism."—Alexander Stille, author of Benevolence and Betrayal: Five Italian-Jewish Families Under Fascism