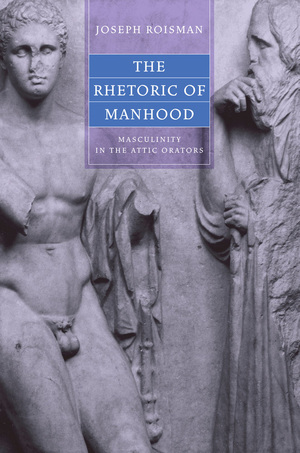 The Rhetoric of Manhood Masculinity in the Attic Orators

The concept of manhood was immensely important in ancient Athens, shaping its political, social, legal, and ethical systems. This book, a groundbreaking study of manhood in fourth-century Athens, is the first to provide a comprehensive examination of notions about masculinity found in the Attic orators, who represent one of the most important sources for understanding the social history of this period. While previous studies have assumed a uniform ideology about manhood, Joseph Roisman finds that Athenians had quite varied opinions about what constituted manly values and conduct. He situates the evidence for ideas about manhood found in the Attic orators in its historical, ideological, and theoretical contexts to explore various manifestations of Athenian masculinity as well as the rhetoric that both articulated and questioned it.

Roisman focuses on topics such as the nexus between manhood and age; on Athenian men in their roles as family members, friends, and lovers; on the concept of masculine shame; on relations between social and economic status and manhood; on manhood in the military and politics; on the manly virtue of self-control; and on what men feared.

"Roisman's profound but accessible study of ancient Athenian ideologies of manhood takes us straight to the heart and soul of the world's first democratic society."—Paul Cartledge, author of Alexander the Great

"This literate, witty, and meticulously documented study tells us who was in, what was out, and how the ancients defined themselves as citizens, warriors, husbands, fathers, and sons. This is humanistic scholarship in the best sense of the term."—Barry Strauss, author of The Battle of Salamis 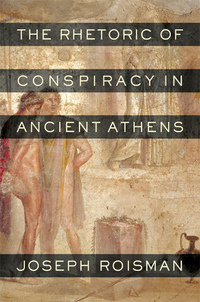