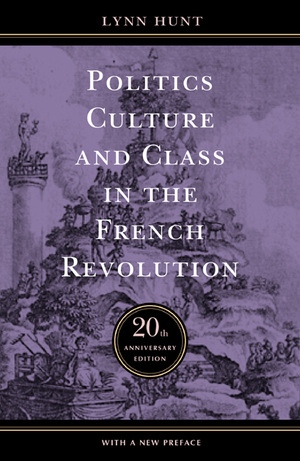 Politics, Culture, and Class in the French Revolution Twentieth Anniversary Edition, With a New Preface

When this book was published in 1984, it reframed the debate on the French Revolution, shifting the discussion from the Revolution's role in wider, extrinsic processes (such as modernization, capitalist development, and the rise of twentieth-century totalitarian regimes) to its central political significance: the discovery of the potential of political action to consciously transform society by molding character, culture, and social relations. In a new preface to this twentieth-anniversary edition, Hunt reconsiders her work in the light of the past twenty years' scholarship.

Lynn Hunt is the Eugen Weber Professor of Modern European History at the University of California, Los Angeles. She is the author of The Family Romance of the French Revolution (California, 1992) and the editor (with Victoria E. Bonnell) of Beyond the Cultural Turn: New Directions in the Study of Society and Culture (California, 1999). She was President of the American Historical Association in 2002-2003.

PART I: THE POETICS OF POWER
1. The Rhetoric of Revolution
2. Symbolic Forms of Political Practice
3. The Imagery of Radicalism 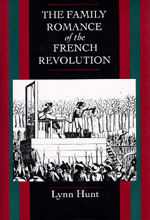 The Family Romance of the French Revolution