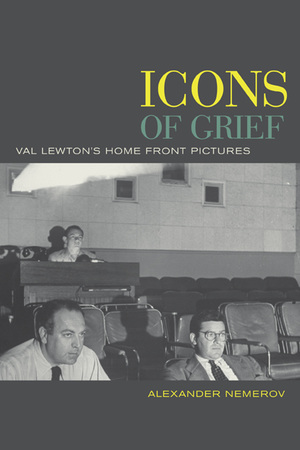 This beautifully written study looks at the haunting, melancholy horror films Val Lewton made between 1942 and 1946 and finds them to be powerful commentaries on the American home front during World War II. Alexander Nemerov focuses on the iconic, isolated figures who appear in four of Lewton's small-budget classics—The Curse of the Cat People, The Ghost Ship, I Walked with a Zombie, and Bedlam. These ghosts, outcasts, and other apparitions of sorrow crystallize the anxiety and grief experienced by Americans during the war, emotions decidedly at odds with the official insistence on courage, patriotism, and optimism. In an evocative meditation on Lewton's use of these "icons of grief," Nemerov demonstrates the film-maker's interest in those who found themselves alienated by wartime society and illuminates the dark side of the American psyche in the 1940s.

Nemerov's rich study draws from Lewton's letters, novels, and scripts and from a wealth of historical material to shed light on both the visual and literary aspects of the filmmaker's work. Lavishly illustrated with more than fifty photographs, including many rare film stills, Icons of Grief recasts Lewton's horror films as suggestive commentaries on a troubled and hidden side of America during World War II.

Alexander Nemerov, Vincent Scully Professor of the History of Art at Yale University, is author of The Body of Raphaelle Peale: Still Life and Selfhood, 1812-1824 (California, 2001) and Frederic Remington and Turn-of-the-Century America (1995).

“Many of his insights are fascinating and persuasive, especially when he looks at how Lewton’s ‘icons’ differ from the characters that these actors played in other films.”—Peter T. Chattaway Christianity Today/ Books & Culture

“A superbly original (and intricately researched) attempt to define the singularity of this work.”—Geoffrey O’Brien New York Review Of Books

"This is cultural history at its best. The author's vivid engagement with his material reveals Val Lewton in a bracing new light. Nemerov teases out relationships between film and society with supple writing, imagination, and skill. A critical tour de force."—David M. Lubin, author of Shooting Kennedy

"Icons of Grief is a brilliantly conceived and successfully executed filmmaker study. Nemerov's research is dazzling, as are his highly sophisticated analyses. At every turn, he reveals his deep understanding of cinema. This is an exquisitely crafted book."—Scott Bukatman, author of Terminal Identity

1. The Madonna of the Backyard: Simone Simon and Ann Carter in The Curse of the Cat People

2. The Power of the Minor Actor: Skelton Knaggs in The Ghost Ship

3. Stillness and Recollection: Darby Jones in I Walked with a Zombie