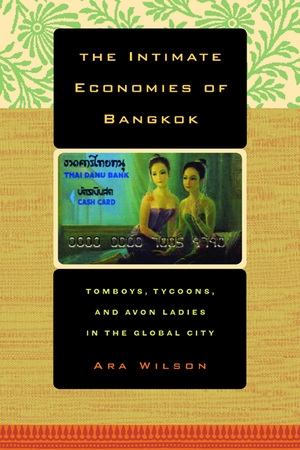 The Intimate Economies of Bangkok Tomboys, Tycoons, and Avon Ladies in the Global City

Two of Bangkok's well-known tourist attractions offer clues for understanding the powerful effects of the global economy unfolding in Thailand today. The first attraction is the photogenic "floating market," the early-morning market in canals where women sell produce and goods from small canoes. The second is the commercial zone of "Chinatown," specifically Sampeng Lane, a dense street of wholesale shophouses. By evoking colorful markets from Thailand's past, these attractions point to the cultural, even intimate, properties of the economy.

Floating markets feature women in indigo clothes and straw hats selling fruits, vegetables, snacks, and also T-shirts, silk garments, and knickknacks. On the banks of the canal, warehouse-sized stores are piled high with souvenirs. Organized tours take tourists a few hours outside Bangkok proper to visit "one of the most authentic left in Thailand," where they can purchase items and take photographs of "this millennium old tradition [on the] verge of extinction."1

The distinctive picture of the vendors in their small boats, loaded with baskets of produce, offers a recognizable symbol of Thai traditions. Images of the floating market pervade the tourist archive, providing a standard graphic for postcards, coffee-table books, T-shirts, and posters. The familiar boat loaded with produce even appears on an English-language government pamphlet about venereal disease (see figure 1). Cultivated first for the foreign gaze, the image of the floating market has also come to symbolize Thailand and Thainess in materials oriented to Thais. Recently, a photo of women in boats filled with produce was circulated with the phrase "Thais help Thais." The slogan itself was widely employed in a government effort encouraging Thais to buy domestic goods and to rally together following the 1997 economic crisis that began in Bangkok and spread across the Asian region.2

Even if most of the examples of floating markets around Bangkok are now choreographed for the tourist economy, this water-borne exchange harks back to a long stretch, if not quite a "millennium old," of Thai history, when canals and rivers provided the major arteries and Westerners called Bangkok the Venice of the East. They illustrate the water-oriented nature of the traditional life of the Thai, whose houses were built on stilts by the rivers that irrigated their rice fields. Perhaps unintentionally, these tourist attractions also highlight a constant observation about Thailand and much of Southeast Asia: that local markets are worlds of women, and that women conduct a good deal of the local trade.3 By at least the nineteenth century, market womenñmae kha (mother traders)ñexchanged produce, cowries, Mexican coins, Indian rupees, and Thai coinage with traveling male Chinese vendors, acting as the frontier of the market economy in their villages.4 In any given Bangkok neighborhood and throughout the Southeast Asian region, women vendors still predominate in small markets. Peasant women bring extra produce to nearby market areas or specialize in selling prepared foods, handicrafts, petty commodities, and contraband.

The prevalence of women in markets is virtually a cliché in observations about Thailand, and there are numerous studies of market women. Yet when it comes to discussing the Thai economy, their presence is generally forgotten. Their absence from the discussion results from gendered conceptions of the economy and of Thai identity. In academic, economic, and popular understandings, the "Thai" people and Thai culture have been envisioned as separate from the market economy, largely because Theravada Buddhism is central to Thai society (it is the state religion), and Buddhism is often understood as a nonmaterialistic religion. In this way, discourses about Thainess have often erased Thai women's key roles at the economic and cultural crossroads of markets of Thai society. Instead, the emergence of the modern, capitalist economy is typically credited solely to immigrants from China and their Sino-Thai children, an ethnic economy represented in the second tourist site to which I turn.

"Chinatown" is the English name given to a large and variegated market area of old Bangkok. It is known for a patchwork of commerce that includes imported fruit, vegetables, and prepared food; apothecary shops and street stalls peddling sexual aids; bazaars selling secondhand junk and counterfeit goods; and stores specializing in luxury textiles, electronics, coffins, and gold. The best-known market within this area is Sampeng Lane. Sampeng is a tightly packed strip lined by hundreds of small wholesale shops selling imported and domestically made goods: fabric by the yard, paper and plastic goods, novelty items, and bags and hats bearing contemporary logos (often imitations of well-known brands, like Gap or Polo), packaged in dozens.

Bangkok has been at the frontier of capitalism's drive into the global south for three decades. Rapid development has profoundly altered public and private life in Thailand. In her provocative study of contemporary commerce in Bangkok, Ara Wilson captures the intimate effects of the global economy in this vibrant city.

The Intimate Economies of Bangkok is a multifaceted portrait of the intertwining of identities, relationships, and economics during Bangkok's boom years. Using innovative case studies of women's and men's participation in a range of modern markets—department stores, go-go bars, a popular downtown mall, a telecommunications company, and the direct sales corporations Amway and Avon—Wilson chronicles the powerful expansion of capitalist exchange into further reaches of Thai society. She shows how global economies have interacted with local systems to create new kinds of lifestyles, ranging from "tomboys" to corporate tycoons to sex workers.

Combining feminist theory with classic anthropological understandings of exchange, this historically grounded ethnography maps the reverberations of gender, sexuality, and ethnicity at the hub of Bangkok's modern economy.

"Wilson shows us how global dreams come to life in the cacophony of Bangkok's markets. Business tycoons, sex workers, mall strollers, and penny capitalists: Each forms an exemplary figure, a source of reflection and emulation. In this engrossing work, the women and men of Bangkok produce themselves--and the global economy. I have seen no better ethnography of globalization."—Anna Tsing, author of In the Realm of the Diamond Queen

"This fascinating book draws together the strands that weave intimate and kinship worlds into the fabric of the modern Thai economy. From floating markets to department stores and go-go bars, Wilson's inquiry reveals the gendered practices that sustain economic domains, and how these commercial venues in turn recast the intimate life. Upending stereotypical notions about Thai gender, Intimate Economies casts a complex, feminist perspective on the new styles of being emerging in the spaces of global capitalism."—Aihwa Ong, author of Buddha Is Hiding

"Wilson brilliantly deciphers the ways intimate lives--personas, subjectivities, relations--are involved in the formation of modern and transnational capitalist markets. To do this she carefully unpacks the social infrastructure of five different globalized markets in Bangkok."—Saskia Sassen, author of Guests and Aliens

"Offers something rare and valuable in studies of globalization--a fine-grained ethnography at the intersection of capitalist and non-capitalist economies. In Ara Wilson's fascinating study of urban Thailand, the sex trade is intertwined with the gift economy, the department store with the kin economy. Navigating this often surprising terrain with unusual agility, Wilson has produced a masterful record of new worlds and new subjects in the making."—Julie Graham, co-author of The End of Capitalism (As We Knew It): A Feminist Critique of Political Economy

List of Illustrations
Acknowledgments
Notes on Transliteration and Dates

Introduction: Intimate Economies
1. From Shophouse to Department Store
2. The Economies of Intimacy in the Go-Go Bar
3. MBK: The Retail Revolution and the Infrastructure of Romance
4. The Flexible Citizens of IBC Cable TV
5. The Avon Lady, the Amway Plan, and the Making of Thai Entrepreneurs
Conclusion: The Intimacy of Capitalism 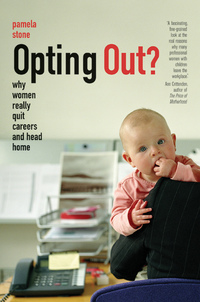 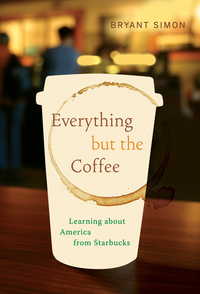