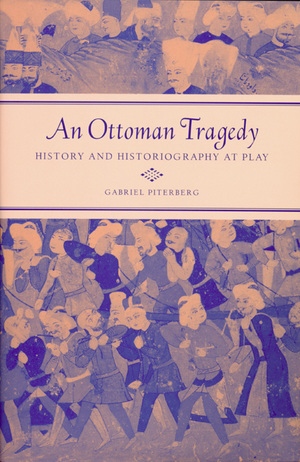 An Ottoman Tragedy History and Historiography at Play

In the space of six years early in the seventeenth century, the Ottoman Empire underwent such turmoil and trauma—the assassination of the young ruler Osman II, the re-enthronement and subsequent abdication of his mad uncle Mustafa I, for a start—that a scholar pronounced the period's three-day-long dramatic climax "an Ottoman Tragedy." Under Gabriel Piterberg's deft analysis, this period of crisis becomes a historical laboratory for the history of the Ottoman Empire in the seventeenth century—an opportunity to observe the dialectical play between history as an occurrence and experience and history as a recounting of that experience.

Gabriel Piterberg is Associate Professor of History at the University of California, Los Angeles.

“The main problem is that the book is not long enough. Piterberg raises so many fascinating and complex issues in a scant two hundred pages that he can often only just begin to answer the question he raises. One is left wanting more.”—Courtney M. Booker Comitatus

“An Ottoman Tragedy is a provocative and innovative historiographical essay. This book represents a watershed in Ottoman historiography, as well as an exhaustive exposition of applicable methodologies.”—Jane Hathaway Journal Of Interdisciplinary History

Acknowledgments
A Note on Transliteration

Introduction: The Content and Form of This Study
PART I: FOUNDATIONS
1. The Plot
2. The Formation and Study of Ottoman Historiography
3. An Interpretive Framework

PART II: HISTORIOGRAPHY
4. Tubi’s Representation of the Haile-i Osmaniye: The Perspective of the Imperial Army
5. The Formation of Alternative Narratives: Hasanbeyzade and Peçevi
6. The Conception of the State Narrative