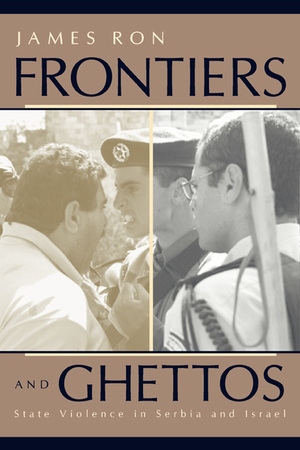 Frontiers and Ghettos State Violence in Serbia and Israel

James Ron uses controversial comparisons between Serbia and Israel to present a novel theory of state violence. Formerly a research consultant to Human Rights Watch and the International Red Cross, Ron witnessed remarkably different patterns of state coercion. Frontiers and Ghettos presents an institutional approach to state violence, drawing on Ron's field research in the Middle East, Balkans, Chechnya, Turkey, and Africa, as well as dozens of rare interviews with military veterans, officials, and political activists on all sides. Studying violence from the ground up, the book develops an exciting new framework for analyzing today's nationalist wars.

James Ron is the Canada Research Chair in Conflict and Human Rights in McGill University's Department of Sociology.

“A first-rate academic study. The arguments are elegantly presented and documented in great detail. . . .The result is a solid, tightly argued contribution to comparative political sociology. But there is something else here: a sense of urgency and engagement frequently absent from scholarly tomes. Enlightening.”—David A. Smith, UC Irvine Contemporary Sociology

“In the best tradition of social science research, Ron examines state-directed violence to find out not how states ought to act but how they do act. A well-documented study [within a] sophisticated framework.”—L. Carl Brown Foreign Affairs

“Frontiers and Ghettos is important not only because it helps us understand the past but also because it provides us with tools to analyze the political processes that are currently unfolding in the region.”—Neve Gordon National Catholic Reporter

"Frontiers and Ghettos is based on the idea that when it comes to ethnopolitical conflict, lousy is better than horrible. How outcomes better than horrible arise, despite ideological imperatives, hatreds, and predatory opportunities, is brilliantly analyzed in this empirically rich, vividly written, and provocative comparison of Serbian and Israeli policies toward Croatians, Muslims and Palestinians. A terrific book!"—Ian S. Lustick, author of Unsettled States, Disputed Lands

"With terrifying lucidity, Ron uses the experiences of Serbia, Kosovo, Bosnia, Israel, and Palestine to examine how a state's definition of the boundary separating its favored population from a different people authorizes, channels, or inhibits its use of force. This veteran participant-observer uses first-hand observation tellingly."—Charles Tilly, author of Durable Inequality

"Frontiers and Ghettos represents a major step forward in social science's effort to understand state violence. James Ron shows that while all states use violence, they do so differently in their well-policed interiors and at their margins. This book is powerful, timely, and important for both scholars, policy-makers, and those who would advance respect for human rights."—Craig Calhoun, President, Social Science Research Council

"James Ron has written a strikingly clear and convincing study of the factors affecting controlled and uncontrolled state-directed violence in the current period, with an analysis that adds substantially to the sociology of the state. His book will be important for all those concerned—for scholarly reasons and for broader ones—with modern confrontations of world norms, state power and human rights. And its gripping accounts will be important for those concerned with the specific violent conflicts it examines, in Serbia and Israel."—John W. Meyer, Professor of Sociology, Emeritus, Stanford University

"This ingenious and courageous comparison of the types of violence used by nationalist regimes should transform the way we think about borders and state sovereignty. In demonstrating that even the most unsavory governments can be sensitive to international norms and the appearance of legality, Ron also strikes a serious blow at standard policy prescriptions -- from imposing sanctions and isolation on offending regimes to offering autonomy packages and soft borders for ethnic minorities. This book deserves wide circulation and serious reflection."—Susan L. Woodward, author of Balkan Tragedy: Chaos and Dissolution after the Cold War

"As the horrific escalation of violence in Israel and the Palestinian territories grips international headlines, the inability of commentators to locate these tragic events in a comparative analytical frame is striking. This book is an impressive exception. Ron's elegant comparative analysis of Serbia and earlier periods of Israeli-Palestinian conflict makes the dynamics of the present conflict and its future possibilities comprehensible in a way that few others have managed to do. It is a signal contribution to our understanding of modern state violence."—Peter Evans, Eliaser Chair of International Studies, University of California, Berkeley 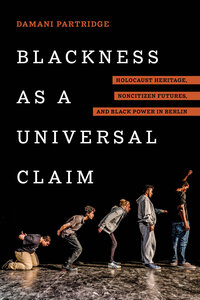 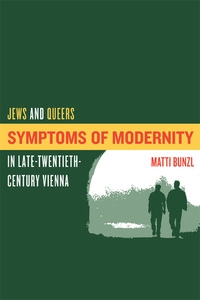 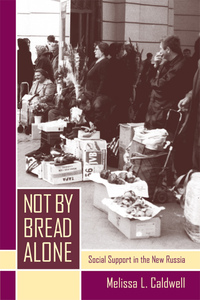