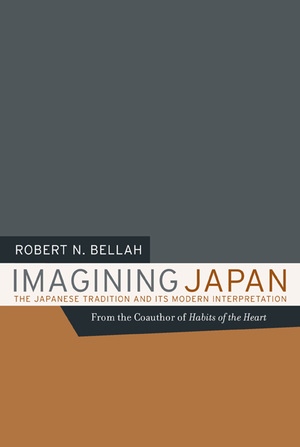 Imagining Japan The Japanese Tradition and its Modern Interpretation

Understanding Japan has preoccupied Japanese intellectuals for centuries and Westerners ever since the discovery of Japan in the sixteenth century. In the recent past the effort to understand Japan, variously to imagine it, has become, if anything, more frenetic than ever.1 If one is overly influenced by the welter of popular publications coming from within or outside of Japan on this subject, then one will be tempted to adopt either the latest Japanese self-interpretation, which comes in several closely related versions, but which can be summarized under the common term nihonjinron (the discourse about the Japanese), or one of the several Western interpretations that emphasize the exotic nature of Japan or its formidable combination of "tradition" and "modernity," views that are closely related to "Orientalism." These usually turn out to be not two temptations but one, for both of them emphasize Japanese uniqueness, Japanese exceptionalism, or Japanese particularism.

Although much of this writing is superficial, it is not my point that either the Japanese or the Western versions are wholly mistaken. Much contained in them is undoubtedly true. Nor does the weakness of this literature derive only from the fact that it emphasizes uniqueness but lacks a comparative perspective. There often is a comparative perspective but comparisons are used only to show how different Japan is, and has always been, from everybody else. It will be one of the purposes of this Introduction to locate Japan within a comparative spectrum, and not outside it; for the Japanese, like all peoples, are indeed unique, but they represent a set of possibilities within the normal range of human culture and society.

Although I will discuss some of this recent literature in this Introduction, the essays collected in this volume are largely concerned with an earlier period. The Japanese or Western "discourse about the Japanese" of recent years has taken place within a relatively benign international atmosphere in which Japan is considered an advanced industrial society and accepted as such in a variety of international organizations. During the 1980s there was some talk in the West of the Japanese threat to dominate the world economy for its own exclusive advantage, but since the collapse of the Japanese bubble economy at the beginning of the 1990s, there has been much less talk of that sort. If anything, Japan has been treated as something of an economic basket case, which should get its act together in order to emerge from its economic doldrums. None of this is particularly frightening, though the pressures are real enough.

The period with which most of the chapters in this volume are concerned was much more ominous: the years before and after 1945, the defeat of Japan at the end of World War II and the first occupation of Japan by a foreign military power. In that period Japanese identity was a matter of life and death, and the ways in which Japan was imagined were strongly contested. Watsuji Tetsuro and Ienaga Saburo, the figures treated most extensively in this book (in Chapters 2 and 3, respectively), though they wrote about many of the same subjects, could hardly be more different in their assessment of the Japanese tradition. Much recent nihonjinron literature reiterates, often with less subtlety and insight, what Watsuji had already said in the 1930s and early 1940s and much of the criticism of it reiterates what Ienaga said in the late 1940s and the 1950s. Maruyama Masao, treated briefly in Chapter 4, which is devoted to him (I will have more to say about him later in this Introduction), enormously influential in the decades right after 1945 but largely ignored today, is perhaps the most penetrating mind to appear in twentieth-century Japan and has his own interpretation of the Japanese experience. The issues with which the essays collected in this book are concerned, then, are still very much on the table in Japan and the world today, but Japan has not produced intellectuals of the stature of Watsuji, Ienaga, and Maruyama in recent years.

Before I turn to the main task of this Introduction, namely, to develop a comparative framework adequate to make sense of Japan, it may be helpful for me to make a brief autobiographical digression, especially since many readers will think of me primarily as a student of American society and religion and have no knowledge of my prior interest in Japan. I might begin by mentioning the connection with Japan of one of my best-known contributions to American studies, namely, my 1967 essay, "Civil Religion in America."2 The first version of what was to become that essay was delivered as a Fulbright lecture in the Spring of 1961 during my Fulbright year in Japan, soon after the Inaugural Address of John F. Kennedy, which plays a significant role in the essay. It was not an effort to speak to an American audience, but rather to explain to the Japanese, who had been so sternly lectured to by the Occupation authorities on the critical importance of the separation of church and state, why no American president could be inaugurated without mentioning God in his inaugural address. So my first tentative approach to American studies was from the point of view of Japan, and some acute reviewers have seen an East Asian perspective in all my work on the United States, work that emphasizes informal thought and practice as much as legal and institutional structures.

My doctoral dissertation, which was completed in 1955 and published in 1957 as Tokugawa Religion, was an effort to think of Japan not as "different" or the "Other" in any absolute sense, but as sharing similarities and differences with other modern societies in a comparative framework.3 In the first chapter of the book I used two sets of what Talcott Parsons called "pattern variables," a scheme that he developed from Max Weber's typology of social action, to describe Japanese society as characterized by the pattern variables of particularism (as opposed to universalism) and achievement (as opposed to ascription). By particularism I meant that in Japan considerations of relational context usually took precedence over considerations of abstract and universal principle. And by achievement I argued that in Japan persons were evaluated more in terms of what they could do than of what status they occupied. The latter point was more controversial than the former in terms of the general understanding of Japan, particularly in the Tokugawa period when social status was of great importance. But I argued that in the actual practices of life achievement was highly valued. As an example I gave the instance of a peasant boy, Tomita Kokei, who, when starting off from his home to attend the Confucian school in Edo, heard footsteps and turned around to see his mother running after him. He asked what was the matter and she replied, "If you do not succeed you need not return home."4 Since I described American society as characterized by the pattern variables of universalism and achievement, I was arguing that Japan was at this most general level as similar to as it was different from my own society.

But my effort to characterize Japan in terms of sociological variables was only introductory to the main purpose of the book, which was to argue that, though there was nothing like the Protestant Reformation that could have inaugurated modernity in Japan, there were functional equivalents of aspects of Protestantism that made the Japanese more capable than most other non-Western societies of responding effectively to the challenge of modernization when it came. In this case, where I was extending Weber's argument on religion and capitalism beyond what he had written, I was not arguing for Japan's uniqueness, but for some basic similarities to the West.5 It was just concerning this point that Maruyama Masao believed I had gone too far. Maruyama, Japan's leading social scientist at the time, criticized me for eliding too easily the differences between Japan and the West and for being insufficiently aware of the negative aspects of the Japanese tradition, and of Tokugawa society in particular. I will return to some reconsiderations of the Tokugawa period below.

My view of Japan in comparative perspective was developed further in a series of lectures that I delivered at International Christian University in Tokyo in the spring of 1961 under the title "Values and Social Change in Modern Japan," in which I developed a more critical perspective on aspects of the Japanese tradition, partly in response to Maruyama.6 In those lectures I described a series of Japanese efforts to attain a transcendental perspective, beginning with Shotoku Taishi in the seventh century, continuing with the major figures of Kamakura Buddhism in the thirteenth century, especially Shinran and Dogen, touching on Tokugawa Confucians such as Ogyu Sorai, and concluding with Christians since the Meiji period, particularly Uchimura Kanzo. I pointed out how in each case the moment of transcendence was quickly submerged. The particularistic "ground bass" of Japanese society that I had described in Tokugawa Religion reasserted itself, soon drowning out the transcendental melody that had appeared in the upper register. I did not use the term nonaxial, which S.N. Eisenstadt would use in his book Japanese Civilization, but the germ of that idea was present in those lectures.7 Although a comparative framework is implied in all the essays contained in this book, none of them returns to a consideration of a basic framework for thinking about Japanese culture and society in a comparative perspective as did Tokugawa Religion and "Values and Social Change in Modern Japan."8 I want to use the rest of this Introduction to develop such a framework.

Modernity and its Precursors

In both popular and scholarly discourse the distinction between societies that are "modern" from those that are "traditional" is hard to avoid, yet the current usage of

One of the most influential sociologists living today, Robert N. Bellah began his career as a Japan specialist, and has continued to contribute to the field over the past thirty years. Imagining Japan is a collection of some of his most important writings, including essays that consider the entire sweep of Japanese history and the character of Japanese society and religion. Combining intellectual rigor, broad scholarship, and ethical commitment, this book also features a new and extensive introduction that brings together intellectual and institutional dimensions of Japanese history.

Robert N. Bellah is Elliott Professor of Sociology, Emeritus, at the University of California, Berkeley. He is author of Beyond Belief (California, 1991) and Tokugawa Religion: The Cultural Roots of Modern Japan (1985), and coauthor of Habits of the Heart (California, 1985).

“A valuable contribution to the field and essential reading for anyone interested in discussions of modernity, religion, and culture in Japan.”—Ian Reader Philosophy East & West

"Bellah is a sociologist with a grand vision of history, deeply concerned with the twists and turns of religious values, weaving pre-modern religious thinking into the debates of modernization and modernity. He takes a reflective turn with Imagining Japan, evidencing his profound concern with religious evolution."—Tetsuo Najita, University of Chicago

"One of the most original attempts to understand some of the psychological and symbolic roots of the central problems in Japanese history. Bellah masterfully brings together intellectual and institutional dimensions of Japan, making a very important contribution to Japanese Studies."—S. N. Eisenstadt, Professor Emeritus at Hebrew University and author of Japanese Civilization: A Comparative View

Introduction: The Japanese Difference
1. The Contemporary Meaning of Kamakura Buddhism
2. Ienaga Saburo and the Search for meaning in Modern Japan
3. Japan's cultural Identity: Some Reflections on the Work of Watsuji Tetsuro
4. Notes on Maruyama Masao
5. Intellectual and Society in Japan
6. The Japanese Emperor as a Mother Figure: Some Preliminary Notes
7. Continuity and Change in Japanese Society