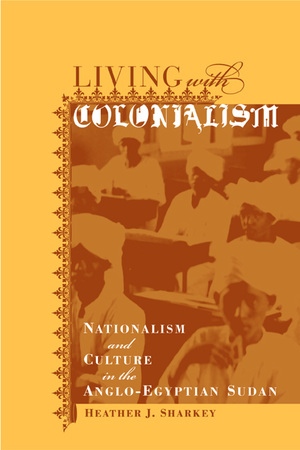 Living with Colonialism Nationalism and Culture in the Anglo-Egyptian Sudan

Histories written in the aftermath of empire have often featured conquerors and peasant rebels but have said little about the vast staffs of locally recruited clerks, technicians, teachers, and medics who made colonialism work day-to-day. Even as these workers maintained the colonial state, they dreamed of displacing imperial power. This book examines the history of the Anglo-Egyptian Sudan (1898-1956) and the Republic of Sudan that followed in order to understand how colonialism worked on the ground, affected local cultures, influenced the rise of nationalism, and shaped the postcolonial nation-state.

Relying on a rich cache of Sudanese Arabic literary sources, including poetry, essays, and memoirs, as well as on colonial documents and photographs, this perceptive study examines colonialism from the viewpoint of those who lived and worked in its midst. By integrating the case of Sudan with material on other countries, particularly India, Sharkey gives her book broad comparative appeal. She shows that colonial legacies—such as inflexible borders, atomized multi-ethnic populations, and autocratic governing structures—have persisted, hobbling postcolonial nation-states. Thus countries like Sudan are still living with colonialism, struggling to achieve consensus and stability within borders that a fallen empire has left behind.

Heather J. Sharkey is Assistant Professor of Asian and Middle Eastern Studies at the University of Pennsylvania.

“Conceptualized with high theoretical sophistication, carefully researched and stylistically written, this book provides the reader with a lively and well-grounded impression of how nationalism is shaped through the everyday social and work encounters between educated petty employees, Sudanese males, and colonial authorities. . . . Breaks profound new scholarly ground by focusing on the relation and interaction between colonialism and nationalism, which are often placed as oppositional categories. . . . This is a sublime book that comes highly recommended for scholars of African studies, history, sociology, and the history of colonialism.”—Intl Journal Of Middle East Stds (Ijmes)

"Heather Sharkey demonstrates that the indigenous functionaries trained and mobilized by the colonial state to implement its rule were the key cohort that gave shape to the nationalist movement and eventually to the contested character of the nation-state in Sudan. . . . This excellent case study parallels renewed interest in similar indigenous elites in India, West Africa, and elsewhere, and speaks to a common concern to trace the roots of the postcolonical predicament confronting so many ex-colonial states."—Dane Kennedy, author of The Magic Mountains: Hill Stations and the British Raj