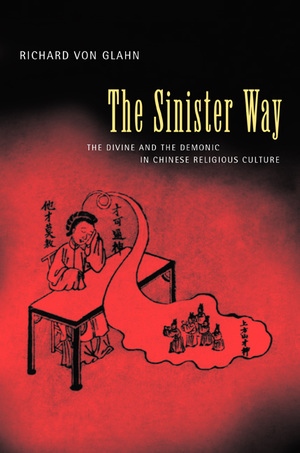 The most striking feature of Wutong, the preeminent God of Wealth in late imperial China, was the deity's diabolical character. Wutong was perceived not as a heroic figure or paragon of noble qualities but rather as an embodiment of humanity's basest vices, greed and lust, a maleficent demon who preyed on the weak and vulnerable. In The Sinister Way, Richard von Glahn examines the emergence and evolution of the Wutong cult within the larger framework of the historical development of Chinese popular or vernacular religion—as opposed to institutional religions such as Buddhism or Daoism. Von Glahn's study, spanning three millennia, gives due recognition to the morally ambivalent and demonic aspects of divine power within the common Chinese religious culture.

Richard von Glahn is Professor of History at the University of California, Los Angeles. He is the coeditor of The Song-Yuan-Ming Transition in Chinese History (2003) and the author of Fountain of Fortune: Money and Monetary Policy in China, 1000-1700 (California, 1996) and The Country of Streams and Grottoes: Expansion, Settlement, and the Civilizing of the Sichuan Frontier in Song Times (1987).

"A fascinating story of the origins and development of the Wutong cult and the demonic in Chinese religion. From the Shang Dynasty down to late imperial times, Von Glahn lays before us an engaging wealth of knowledge and never-before presented data."—Stephen R. Bokenkamp, Indiana University, author of Early Daoist Scriptures

"No other writer has explored the place of the sinister in Chinese religion in such a thoughtful and nuanced way. An excellent, gracefully written study covering major themes of the Song through Ming periods."—Patricia Ebrey, author of The Inner Quarters: Marriage and the Lives of Chinese Women in the Sung Period

Introduction
1. Ancestors, Ghosts, and Gods in Ancient China
2. The Han Cult of the Dead and Salvific Religion
3. Shanxiao: Mountain Goblins
4. Plague Demons and Epidemic Gods
5. The Song Transformation of Chinese Religious Culture
6. Wutong: From Demon to Deity
7. The Enchantment of Wealth
Conclusion 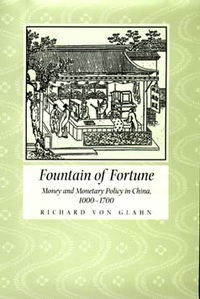