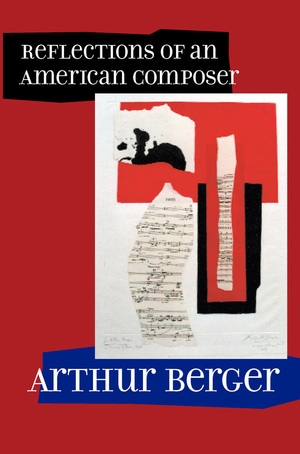 Reflections of an American Composer

In this engrossing collection of essays, distinguished composer, theorist, journalist, and educator Arthur Berger invites us into the vibrant and ever-changing American music scene that has been his home for most of the twentieth century. Witty, urbane, and always entertaining, Berger describes the music scene in New York and Boston since the 1930s, discussing the heady days when he was a member of a tight-knit circle of avant-garde young composers mentored by Aaron Copland as well as his participation in a group at Harvard University dedicated to Stravinsky. As Virgil Thomson's associate on the New York Herald Tribune and founding editor of the prestigious Perspectives of New Music, Berger became one of the preeminent observers and critics of American music. His reflections on the role of music in contemporary life, his journalism career, and how changes in academia influence the composition and teaching of music offer a unique perspective informed by Berger's abundant intelligence and experience.

“Represents a significant body of new thought by one of the most distinguished American musicians of our time. . . there is exquisite clarity of the writing. . . he makes an eloquent argument. . .”—George Fisher American Music

“He writes about music and musicians with warmth, humor, and a welcome generosity towards peers...Berger must have been a wonderful raconteur.”—Tim Page Washington Post Book World

1. Composers and their Audience in the Thirties
2. Nationalism
3. Is Music in Decline?
4. Rendezvous with Apollo: Form Is Feeling
5. Reinventing the Past: Pastiche, "Criticism," or Collage?
6. Serialism: Composer as Theorist
7. Rapprochement or Friendly Takeover?
8. Postmodern Music
9. Virgil Thomson and the Press
10. Music on My Beat
11. PNM and the Ph. D.
12. Do We Hear What We Say We Hear?
13. New Linguistic Modes and the New Theory
14. Backstage at the Opera
15. A Tale of Two Critics: Rosenfeld and Haggin
16. A Tale of Two Conductors: Koussevitzky and Mitropoulos
17. Octatonic Scale
18. Brief Encounters: From My Diary