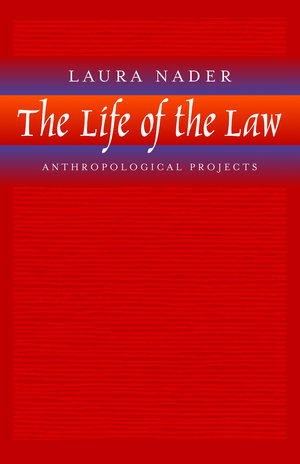 The Life of the Law Anthropological Projects

Laura Nader, an instrumental figure in the development of the field of legal anthropology, investigates an issue of vital importance for our time: the role of the law in the struggle for social and economic justice. In this book she gives an overview of the history of legal anthropology and at the same time urges anthropologists, lawyers, and activists to recognize the centrality of law in social change. Nader traces the evolution of the plaintiff's role in the United States in the second half of the twentieth century and passionately argues that the atrophy of the plaintiff's power during this period represents a profound challenge to justice and democracy.

Taking into account the vast changes wrought in both anthropology and the law by globalization, Nader speaks to the increasing dominance of large business corporations and the prominence of neoliberal ideology and practice today. In her discussion of these trends, she considers the rise of the alternative dispute resolution movement, which since the 1960s has been part of a major overhaul of the U.S. judicial system. Nader links the increasing popularity of this movement with the erosion of the plaintiff's power and suggests that mediation as an approach to conflict resolution is structured to favor powerful--often corporate--interests.

Laura Nader is Professor of Anthropology at the University of California, Berkeley, and author of Naked Science: Anthropological Inquiry into Boundaries, Power, and Knowledge (1996) and Harmony Ideology: Justice and Control in a Zapotec Mountain Village (1990), and editor of Law in Culture and Society (paperback edition, California, 1997).

"A highly original treatment of the interface between law and anthropology, The Life of the Law is provocative, densely reasoned, and wide-ranging, offering original, often controversial insights on nearly every page."—Joseph A. Page, Professor of Law, Georgetown University Law Center

"Rich and accessible….A powerful statement by one of America's foremost anthropologists of law about what is at stake in the current assault on lawsuits and litigation. Nader reminds us that the plaintiff is ‘the life of the law’ and that dispute and political conflict are the life of democracy and the basis of justice. As she traces her own encounters with disputes from Mexico to Lebanon to NAFTA, she also leads us through the history of anthropology's engagement with law and with social justice issues. This rich and accessible book will serve as an excellent addition to law school procedure courses and will refocus the debate over the ‘litigation explosion’ in the United States."—Annelise Riles, Yale University

"The book can be read by novices (anthropologically speaking) as a primer on ethnographic methodology as applied to legal situations....It can also be read by novices (legally speaking) as a primer on the nature of law's development as a social technology. And for readers already familiar with these broad perspectives, her argument with respect to the value of interdisciplinarity between law and anthropology ...makes the book worthwhile." --Carol Greenhouse, Dept. of Anthropology, Indiana U. 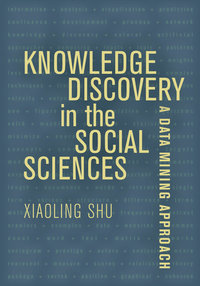