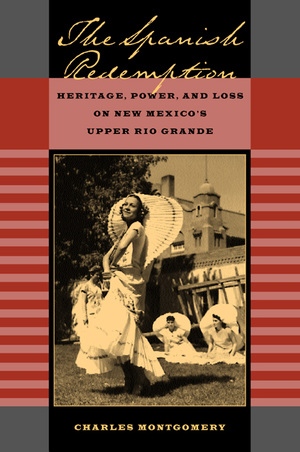 Charles Montgomery's compelling narrative traces the history of the upper Rio Grande's modern Spanish heritage, showing how Anglos and Hispanos sought to redefine the region's social character by glorifying its Spanish colonial past. This readable book demonstrates that northern New Mexico's twentieth-century Spanish heritage owes as much to the coming of the Santa Fe Railroad in 1880 as to the first Spanish colonial campaign of 1598. As the railroad brought capital and migrants into the region, Anglos posed an unprecedented challenge to Hispano wealth and political power. Yet unlike their counterparts in California and Texas, the Anglo newcomers could not wholly displace their Spanish-speaking rivals. Nor could they segregate themselves or the upper Rio Grande from the image, well-known throughout the Southwest, of the disreputable Mexican. Instead, prominent Anglos and Hispanos found common cause in transcending the region's Mexican character. Turning to colonial symbols of the conquistador, the Franciscan missionary, and the humble Spanish settler, they recast northern New Mexico and its people.

Charles Montgomery is Assistant Professor of History at the University of Florida.

“Montgomery should be commended for his careful attention to how Hispanos created, responded to, and shaped the discourse of a shared Spanish heritage in complex and often paradoxical ways. The result is a monograph that will interest and challenge scholars of whiteness, gender, and southwestern history.”—Andrew K. Frank Southern California Qtly

"The Spanish Redemption contributes an extremely important chapter to the burgeoning literature on the construction of whiteness in the United States, to our understanding of the shifting and complicated relationship between ethnicity and class, and a concrete example of how culture can be used to shape political and economic identities. With considerable dexterity and authority, with nuance and subtly, with newly utilized archival evidence, and with a glorious narrative flair, Montgomery fastidiously describes the racial politics that were played out through the cultural production of an imagined Spanish past."—Ramón Gutiérrez, author of When Jesus Came the Corn Mothers Went Away: Marriage, Sexuality, and Power in New Mexico, 1500-1846, and co-editor of Contested Eden: California Before the Gold Rush


"Between the two world wars, villagers in northern New Mexico became Spanish Americans rather than Mexican Americans, and artists, writers, and boosters celebrated their previously despised arts, crafts, architecture, foods, and folkways. With probing intelligence and graceful, limpid prose, Montgomery tells the remarkable story of this shift in regional identity and its disturbing and enduring consequences. The "quaint" Hispano villages of northern New Mexico will never look the same."—David J. Weber, author of The Spanish Frontier in North America
Read More >

List of Maps
Preface
Acknowledgments
Introduction
1. Hispano Fortunes in New Mexico, 1598–1900
2. The Race Issue and the "Spanish-American" in Party Politics, 1900–1920
3. Mission Architecture and Colonial Civility, 1904–1920
4. Discovering "Spanish Culture" at the Santa Fe Fiesta, 1919–1936
5. The Revival of Spanish Colonial Arts, 1924–1936
6. Regionalism and the Literature of the Soil, 1928–1938
Conclusion: The Coronado Cuarto Centennial and the Depletion of Spanish Heritage
Notes
Bibliography