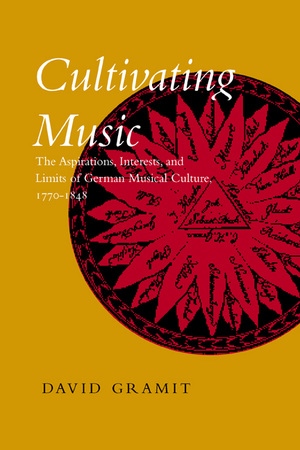 German and Austrian music of the late eighteenth and nineteenth centuries stands at the heart of the Western musical canon. In this innovative study of various cultural practices (such as music journalism and scholarship, singing instruction, and concerts), David Gramit examines how music became an important part of middle-class identity. He investigates historical discourses around such topics as the aesthetic debates over the social significance of folk music, various comparisons of the musical practices of ethnic "others" to the German "norm," and the establishment of the concert as a privileged site of cultural activity.

Cultivating Music analyzes the ideologies of German musical discourse during its formative period. Claiming music's importance to both social well-being and individual development, proponents of musical culture sought to secure the status of music as an art integral to bourgeois life. They believed that "music" referred to the autonomous musical work, meaningful in and of itself to those cultivated to experience it properly. The social limits to that cultivation ensured that boundaries of class, gender, and educational attainment preserved the privileged status of music despite (but also by means of) their claims for the "universality" of their canon. Departing from the traditional focus on individual musical works, Gramit considers the social history of the practice of music in Austro-German culture. He examines the origins of the privileged position of the Western canon in musicological discourses and argues that we cannot fully understand the role that canon has played without considering the interests that motivated its creators.

David Gramit is Associate Professor of Music at the University of Alberta.

"By defining the notion of music as high art in terms of power and authority, David Gramit has removed rigid, canonic assumptions from the study of musical culture of the early nineteenth century, and he has made a major contribution to that subject. The book should be widely read."—William Weber, author of Music and the Middle Class: The Social Structure of Concert Life in London, Paris and Vienna between 1830 and 1848

"An important, rich, and multifaceted examination of the growth of bourgeois musical culture. Gramit founds his work on the idea that 'music' is the entire cultural, philosophical, political, social, and economic nexus of practices involved in producing, reproducing, and using the notes 'themselves.' The book paints a fascinating picture of the particular resonance of music in early nineteenth century German culture; but Gramit also shows us the origins of many ideas that determine classical music practices today."—Mary Hunter, author of The Culture of Opera Buffa in Mozart's Vienna

Preface
1. Introduction: Cultivating Music
2. Scholarship and the Definition of Musical Cultures
3. The Dilemma of the Popular: The Volk, the Composer, and the Culture of Art Music
4. Education and the Social Roles of Music
5. Performing Musical Culture: The Concert
Afterword
Notes
Bibliography
Index 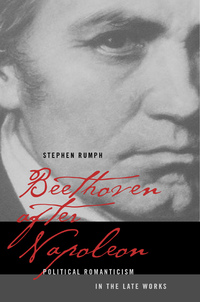 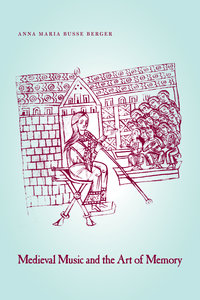 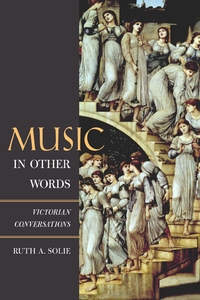 Music in Other Words 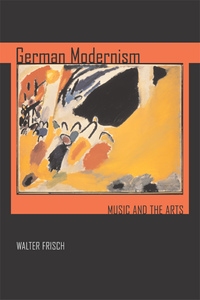