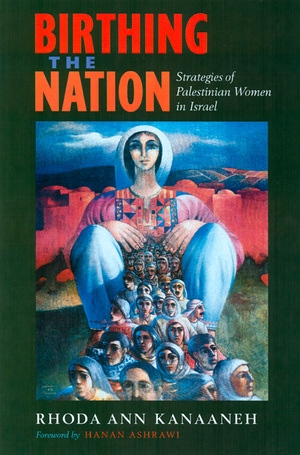 Birthing the Nation Strategies of Palestinian Women in Israel

In this rich, evocative study, Rhoda Ann Kanaaneh examines the changing notions of sexuality, family, and reproduction among Palestinians living in Israel. Distinguishing itself amid the media maelstrom that has homogenized Palestinians as "terrorists," this important new work offers a complex, nuanced, and humanized depiction of a group rendered invisible despite its substantial size, now accounting for nearly twenty percent of Israel's population. Groundbreaking and thought-provoking, Birthing the Nation contextualizes the politics of reproduction within contemporary issues affecting Palestinians, and places these issues against the backdrop of a dominant Israeli society.

Rhoda Ann Kanaaneh is a Jean Monnet Fellow at the European University Institute's Robert Schuman Center for Advanced Studies and the Mediterranean Programme.

Book is featured as Book of the Week. “An eminently readable study...Indispensable.”—Shirley Saad United Press International

"Birthing the Nation provides the first serious and comprehensive treatment of an issue full of intense meaning. Kanaaneh sets her unique study against a backdrop of Israeli political arithmetic, Palestinian subordination, nationalism, gender culture, globalization and modernity. Women's bodies and reproductive potential are the sites on which this demographic contest is played out. Therefore, this book has relevance and resonance far beyond the ethnographic site."—Julie Peteet, author of Gender in Crisis: Women and the Palestinian Resistance Movement

"This well-written and theoretically informed book remains faithful to the reality of the politics of reproduction in Galilee-indeed to the reality of Galilee society. Throughout, the narrative rings true. Kanaaneh argues compellingly and convincingly that understanding reproductive behavior clarifies how Palestinians within Israel negotiate the tortured path of self-definition and definition."—Rashid Khalidi, author of Palestinian Identity: The Construction of a Modern National Consciousness

"The [Palestinian-Israeli] conflict that shapes this book is sadly alive and indeed booming louder than ever. News broadcasts around the world almost daily report the rising death tolls. We urgently need to hear more feminist perspectives (both male and female) like Rhoda Kanaaneh's that seriously attend to the intersections of politics, 'race,' class, religion and gender. It is indispensable to anyone interested in struggles for justice and freedom, including those against racism and sexism, wherever they may occur."—Hanan Ashrawi, spokeswoman for the Arab League and author of This Side of Peace


"Birthing the Nation shows how, in the case of Israel even more than elsewhere in the world, the demands of states and nations turn private decisions about families and bodies into political arithmetics of populations. Eschewing polemics, Kanaaneh uses detailed ethnography of households, bodies, consumption, sex, and gender in a Palestinian village in Israel to illuminate a crucial new piece of the puzzle of the politics of reproduction: the use of 'reproductive ranking' in negotiations of modernity."—Lila Abu-Lughod, editor of Remaking Women: Feminism and Modernity in the Middle East

"At once a work of political demography, feminist inquiry, and anthropological reflection, Birthing the Nation demonstrates with passion and precision how and why the study of reproduction is also the study of social struggle and transformation. It is a 'must read' not only for students of anthropology, women's studies, and Middle Eastern studies, but for anyone interested in the ongoing project of modern nationalism which this study of reproductive politics so brilliantly illuminates."—Rayna Rapp, coeditor of Conceiving the New World Order: The Global Politics of Reproduction
Read More > 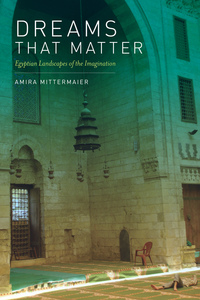