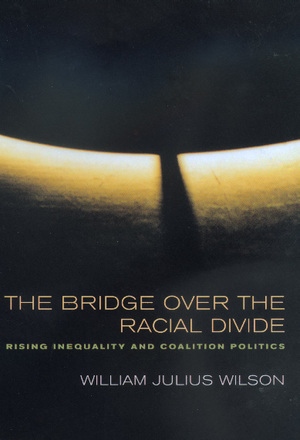 The Bridge over the Racial Divide Rising Inequality and Coalition Politics

In a work that will significantly influence the political discussion with respect to race and class politics, one of the country's most influential sociologists focuses on the rising inequality in American society and the need for a progressive, multiracial political coalition to combat it. The culmination of decades of distinguished scholarship, The Bridge over the Racial Divide brilliantly demonstrates how political power is disproportionately concentrated among the most advantaged segments of society and how the monetary, trade, and tax policies of recent years have deepened this power imbalance. Developing his earlier views on race in contemporary society, William Julius Wilson gives a simple, straightforward, and crucially important diagnosis of the problem of rising social inequality in the United States and details a set of recommendations for dealing with it.

Wilson argues that as long as middle- and working-class groups are fragmented along racial lines, they will fail to see how their combined efforts could change the political imbalance and thus promote policies that reflect their interests. He shows how a vision of American society that highlights racial differences rather than commonalities makes it difficult for Americans to see the need and appreciate the potential for mutual political support across racial lines.

Multiracial political cooperation could be enhanced if we can persuade groups to focus more on the interests they hold in common, including overcoming stagnating and declining real incomes that relate to changes in the global economy, Wilson argues. He advocates a cross-race, class-based alliance of working-and middle-class Americans to pursue policies that will deal with the eroding strength of the nation's equalizing institutions, including public education, unions, and political structures that promote the interests of ordinary families. He also advocates a reconstructed "affirmative opportunity" program that benefits African Americans without antagonizing whites. Using theoretical arguments and case studies, Wilson examines how a broad-based political constituency can be created, sustained, and energized. Bold, provocative, and thoughtful, The Bridge over the Racial Divide is an essential resource in considering some of the most pressing issues facing the American public today.

"In recent years, growing income inequality and economic stress have made it easier to exploit divisions in American society. But those divisions only end up undermining the political effectiveness of ordinary citizens. In this important book, William Julius Wilson shrewdly argues for organizing a grass-roots multiracial coalition around policies that would make the economy work for ordinary Americans. The rest is up to us."—Senator Paul Wellstone

"For two decades, William Julius Wilson has exemplified a combination of academic creativity, personal integrity, and public commitment that is embarrassingly rare among scholars. His long line of crucially important scholarship now culminates in The Bridge over the Racial Divide."—Jennifer Hochschild, author of Facing Up to the American Dream

William Julius Wilson is practical, provocative and optimistic. In his much needed book, he offers concrete steps towards solving the crippling problem of race and inequality in America that too many others dismiss as intractable.—Marion Wright Edelman, President, The Children’s Defense Fund

This book is a superb contribution to the national debate about equality, class, race, and politics. Defying easy categories, as he always does, William Julius Wilson manages to square the circle by blending a strategy of racial uplift with one of practical and believable politics.—Robert Kuttner, coeditor, The American Prospect

Combining the detachment of a great scholar with the passion of a deeply concerned citizen, William Julius Wilson calls for a new multiracial coalition of all those who have been losing ground in America. This is an important and timely book.—Robert B. Reich, University Professor and Maurice B. Hexter Professor of Social and Economic Policy, Brandeis University


Through several seminal works, William Julius Wilson boldly redefined the discourse of race in American society. By unveiling the inextricable interplay between ethnicity and class, Wilson established a paradigm for the study of racial relations at the end of the century as original as that of W. E. B. Du Bois at the beginning. In The Bridge over the Racial Divide, Wilson once again confirms his status as an original thinker, articulating the necessity of a multiracial coalition politics for a twenty-first century America riven by social inequality and racial discrimination. A must read for all of us who care about justice and democracy in a multicultural America.—Henry Louis Gates, Jr., W. E. B. Du Bois Professor of the Humanities, Harvard University
Read More >

1. Racial Antagonisms and the Expanding Ranks of the Have-Nots
2. Global Economic Changes and the Limits of the Race Relations Vision
3. Building a Foundation for Multiracial Cooperation
4. From "Racial Preference" to Affirmative Opportunity
5. Bridging the Racial Divide and Coalition Politics 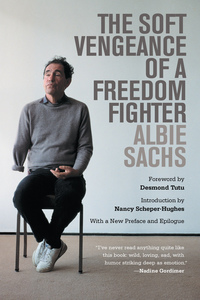