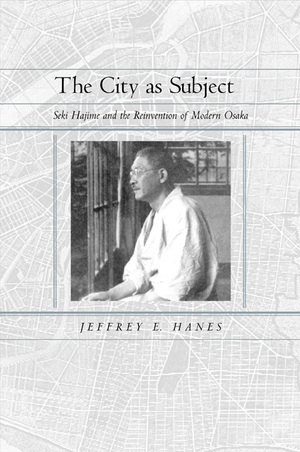 In exploring the career of Seki Hajime (1873-1935), who served as mayor of Japan's second-largest city, Osaka, Jeffrey E. Hanes traces the roots of social progressivism in prewar Japan. Seki, trained as a political economist in the late 1890s, when Japan was focused single-mindedly on "increasing industrial production," distinguished himself early on as a people-centered, rather than a state-centered, national economist. After three years of advanced study in Europe at the turn of the century, during which he engaged Marxism and later steeped himself in the exciting new field of social economics, Seki was transformed into a progressive.

The social reformism of Seki and others had its roots in a transnational fellowship of progressives who shared the belief that civilized nations should be able to forge a middle path between capitalism and socialism. Hanes's sweeping study permits us not only to weave social progressivism into the modern Japanese historical narrative but also to reconceive it as a truly transnational movement whose impact was felt across the Pacific as well as the Atlantic.

Jeffrey E. Hanes is Associate Professor of History at the University of Oregon.

"A superbly researched and elegantly written study of Seki Hajime and the ‘livable city’ in Osaka that he envisioned, The City as Subject opens up a fascinating world of the conjunctures among commercial policy, economic thought, social reform, and urban planning in the late nineteenth and early twentieth centuries." —Takashi Fujitani, author of Splendid Monarchy: Power and Pageantry in Modern Japan

"Deftly researched, this intellectual biography depicts Seki Hajime, a remarkable and influential early 20th-century figure who pursued careers in academe, policy making, and as interwar Mayor of Osaka. Hanes presents Hajime as an appealing, cosmopolitan, and iconoclastic character, noting particularly Seki's sense of social responsibility, his pragmatism, his ability to keep in mind the human scale in urban planning, and, by no means least, his aesthetic appreciation of Osaka's urban pleasures."—Laura Hein, coeditor of Censoring History: Citizenship and Memory in Japan, Germany, and the United States

List of Illustrations
Acknowledgments
Introduction: Seki Hajime and Social Progressivism in Prewar Japan
1. A Portrait of the Economist as a Young Man
2. The People’s National Economy
3. Class and Nation
4. Toward a Modern Moral Economy
5. A New Urbanism
6. The Livable City
Notes
Bibliography
Index