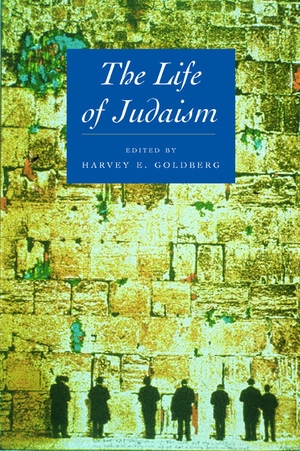 The Life of Judaism

Approximately thirteen million people around the world define themselves as Jews, with the majority residing in the United States and Israel. This collection portrays the diversity of Jewish experience as it is practiced and lived in contemporary societies. The book's attention to material culture offers a much-needed addition to more traditional views advanced in the study of Judaism.

Through ethnographic and autobiographical perspectives, the essays provide an appreciation of Judaism in daily activities, from domestic food preparation to worshipping; Jewish attachment to the cultures of specific communities, be they in Russia or Morocco; the impact of the Holocaust; the place of the State of Israel in Jewish life; and the role of women. Harvey E. Goldberg, a leading scholar in the anthropology of Judaism, provides an introduction to each chapter that demonstrates the links among the various themes.

Ease of communication and travel has resulted in frequent contact--and at times, conflict--between Jews of similar and diverging backgrounds around the world. Visiting distinctive Jewish spaces has become a way of cultivating specific identities and senses of a Jewish past. As ritual, prayers, and attitudes toward authority undergo new constructions and interpretation, Judaism of "the book" also takes on new forms. These essays go a long way in helping us understand a contemporary and multifaceted Judaism, along with its history and texts.

b>Harvey E. Goldberg is Professor of Sociology and Anthropology at the Hebrew University of Jerusalem. He is the author of Jewish Life in Muslim Libya (1990) and editor of Sephardi and Middle Eastern Jewries (1996).

"An outstanding, and much-needed authoritative interpretation of the many threads of Judaism. Goldberg interweaves its many workings in a way that makes us rethink the meanings of the diversity and interconnectedness of a living religion."—Richard Hecht, author of To Rule Jerusalem

"A potent and authoritative anthology which unravels the many threads of a living Judaism. Here we have a work that tells us how Jews really live. Goldberg has done a splendid job with this text, and he continues to lead the way towards an invigorated anthropology of Judaism."—Jack Kugelmass, author of The Miracle of Intervale Avenue

"The life of Judaism, we learn in this fine collection, is even more diverse than we might have expected, its varieties shaping one another in surprising ways at multiple points of intersection. Goldberg has focused attention on what Jews do rather than on what they believe, and the kaleidoscope of Jewish doings makes for fascinating reading."—Arnold Eisen, author of Rethinking Modern Judaism: Ritual, Commandment, Community 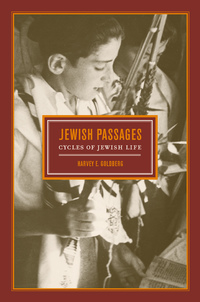