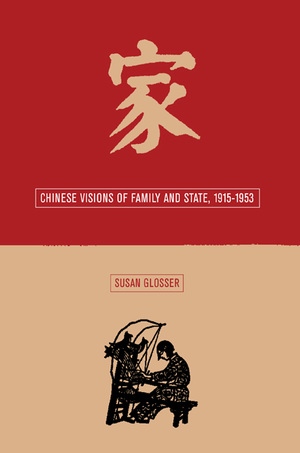 At the dawn of the twentieth century, China's sovereignty was fragile at best. In the face of international pressure and domestic upheaval, young urban radicals—desperate for reforms that would save their nation—clamored for change, championing Western-inspired family reform and promoting free marriage choice and economic and emotional independence. But what came to be known as the New Culture Movement had the unwitting effect of fostering totalitarianism. In this wide-reaching, engrossing book, Susan Glosser examines how the link between family order and national salvation affected state-building and explores its lasting consequences.

Glosser effectively argues that the replacement of the authoritarian, patriarchal, extended family structure with an egalitarian, conjugal family was a way for the nation to preserve crucial elements of its traditional culture. Her comprehensive research shows that in the end, family reform paved the way for the Chinese Communist Party to establish a deeply intrusive state that undermined the legitimacy of individual rights.

"Glosser presents an engaging genealogy . . . Glosser's insightful work is a solid introduction to the family reformers."—Helen Schneider The China Journal

"Glosser illuminates the ideal of the 'small family' and shows how it supplied a cultural repertoire upon which twentieth-century leaders have drawn to promote their own ideas about modernity."—Susan Mann, Co-editor of Under Confucian Eyes: Writings On Gender in Chinese History