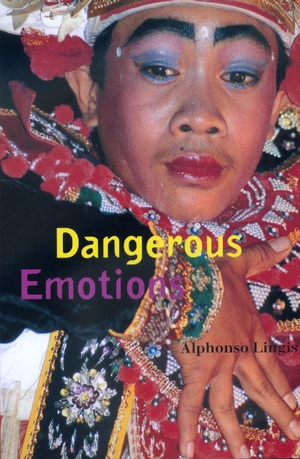 Alphonso Lingis is an original among American philosophers. An eloquent and insightful commentator on continental philosophers, he is also a phenomenologist who has gone to live in many lands. Dangerous Emotions continues the line of inquiry begun in Abuses, taking the reader to Easter Island, Japan, Java, and Brazil as Lingis poses a new range of questions and brings his extraordinary descriptive skills to bear on innocence and the love of crime, the relationships of beauty with lust and of joy with violence and violation. He explores the religion of animals, the force in blessings and in curses. When the sphere of work and reason breaks down, and in catastrophic events we catch sight of cosmic time, our anxiety is mixed with exhilaration and ecstasy. More than acceptance of death, can philosophy understand joy in dying? Haunting and courageous, Lingis's writing has generated intense interest and debate among gender and cultural theorists as well as philosophers, and Dangerous Emotions is certain to introduce his work to an ever broader circle of readers.

Alphonso Lingis is Professor of Philosophy at the Pennsylvania State University and author of Abuses (California, 1994), The Community of Those Who Have Nothing in Common (1994), Foreign Bodies (1994), and other books.

"Dangerous Emotions is a sustained philosophical, phenomenological, and personal series of reflections on the role of passions and emotions, visceral responses, and human reactions which bypass and surpass the role of reason. Lingis has a unique perspective, a position already well fortified in many texts he has published, whereby he blends elements of philosophical texts (most notably Heidegger, Hegel, Merleau-Ponty, Lévinas, and Neitzsche) with strange and intense experiences from everyday life across different geographies and cultures. He is clearly one of the most brilliant philosophers of his generation. His book explores those moments and events usually unnoticed by philosophy, which philosophy needs to address if it is to provide us with a way of understanding life and living it well."—Elizabeth Grosz, author of Fluid Bodies: Toward a Corporeal Feminism 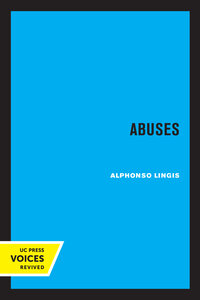