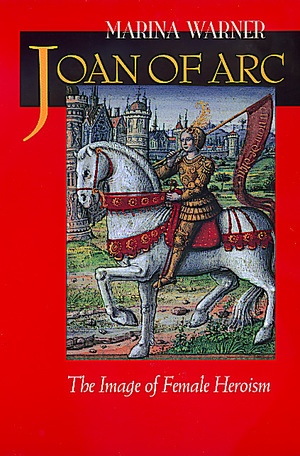 Joan of Arc The Image of Female Heroism

Joan has a unique role in Western imagination--she is one of the few true female heroes. Marina Warner uses her superb historical and literary skills to move beyond conventional biography and to capture the essence of Joan of Arc, both as she lived in her own time and as she has "grown" in the human imagination over the five centuries since her death. She has examined the court documents from Joan of Arc's 1431 Inquisition trial for heresy and woven the facts together with an analysis of the histories, biographies, plays, and paintings and sculptures that have appeared over time to honor this heroine and symbol of France's nationhood. Warner shows how the few facts that are known about the woman Joan have been shaped to suit the aims of those who have chosen her as their hero. The book places Joan in the context of the mythology of the female hero and takes note of her historical antecedents, both pagan and Christian and the role she has played up to the present as the embodiment of an ideal, whether as Amazon, saint, child of nature, or personification of virtue.

Marina Warner is a historian and novelist; among her books are No Go the Bogeyman: Scaring, Lulling, and Making Mock (1998), From the Beast to the Blonde: On Fairy Tales and Their Tellers (1995), and Alone of All Her Sex: The Myth and the Cult of the Virgin Mary (1983). She lives in London.

Illustraions
Acknowledgements
Map
Chronology
Prologue
I.
The Life and Death of Jeanne la Pucelle
1. Maid of France
2. A Divided Realm
3. The King and His Crown
4. Prophet
5. Harlot of the Armagnacs
6. Heretic
7. Ideal Androgyne
8. Knight

II.
The Afterlife of Joan of Arc
9. The Vindication
10. Amazon
11. Personification of Virtue
12. Child of Nature
13. Saint or Patriot?