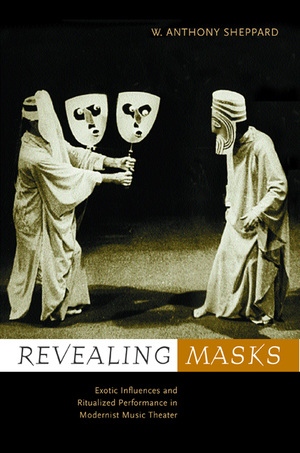 W. Anthony Sheppard considers a wide-ranging constellation of important musical works in this fascinating exploration of ritualized performance in twentieth-century music. Revealing Masks uncovers the range of political, didactic, and aesthetic intents that inspired the creators of modernist music theater. Sheppard is especially interested in the use of the "exotic" in techniques of masking and stylization, identifying Japanese Noh, medieval Christian drama, and ancient Greek theater as the most prominent exotic models for the creation of "total theater."

Sheppard poses challenging questions that will interest readers beyond those in the field of music scholarship. For example, what is the effect on the audience and the performers of depersonalizing ritual elements? Does borrowing from foreign cultures inevitably amount to a kind of predatory appropriation? Revealing Masks shows that compositional concerns and cultural themes manifested in music theater are central to the history of twentieth-century Euro-American music, drama, and dance.