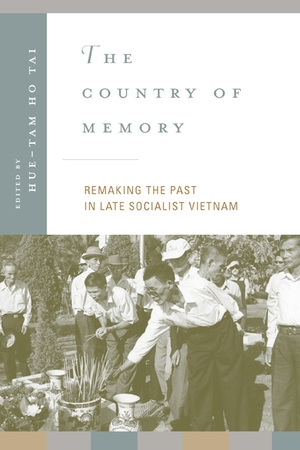 The Country of Memory Remaking the Past in Late Socialist Vietnam

The American experience in the Vietnam War has been the subject of a vast body of scholarly work, yet surprisingly little has been written about how the war is remembered by Vietnamese themselves. The Country of Memory fills this gap in the literature by addressing the subject of history, memory, and commemoration of the Vietnam War in modern day Vietnam.

This pathbreaking volume details the nuances, sources, and contradictions in both official and private memory of the War, providing a provocative assessment of social and cultural change in Vietnam since the 1980s. Inspired by the experiences of Vietnamese veterans, artists, authorities, and ordinary peasants, these essays examine a society undergoing a rapid and traumatic shift in politics and economic structure. Each chapter considers specific aspects of Vietnamese culture and society, such as art history, commemorative rituals and literature, gender, and tourism. The contributors call attention to not only the social milieu in which the work of memory takes place, but also the historical context in which different representations of the past are constructed.

Drawing from a variety of sources, such as prison memoirs, commemorative shrines, funerary rituals, tourist sites and brochures, advertisements, and films, the authors piece together the disparate representations of the past in Vietnam. With these rare perspectives, The Country of Memory makes an important contribution to debates within postcolonial studies, as well as to the literature on memory, Vietnam, and the Vietnam War.

Hue-Tam Ho Tai is the Kenneth T. Young Professor of Sino-Vietnamese History at Harvard University. She is the author of Millenarianism and Peasant Politics in Vietnam (1983) and Radicalism and the Origins of the Vietnamese Revolution (1992). John Bodnar is Chancellors' Professor of History at Indiana University and author of Remaking America: Public Memory, Commemoration, and Patriotism in the Twentieth Century.

"Hue-Tam Ho Tai's masterful collection of essays that explore how the past is being remade in contemporary Vietnam constitutes a welcome addition to the study of the larger problem of engineering memory, especially in political cultures where the identity of the nation-state is in a considerable state of flux . . .. This book also suggests that the 'commemorative fever' that is sweeping Vietnam is about more than Vietnam's history. It also has a great deal to do with the problems premodern cultures presented to those who promoted the creation of contemporary states. In this regard both Vietnam and this book offer all scholars of nationalism and remembering in the West a fascinating perspective on their own nations."—John Bodnar, Chancellors' Professor of History at Indiana University, from the Foreword