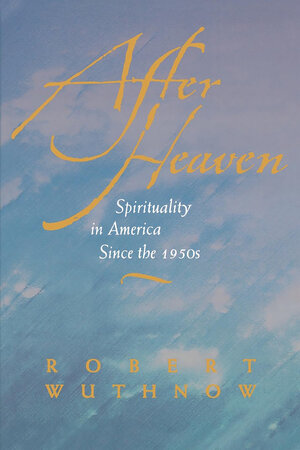 After Heaven Spirituality in America Since the 1950s

The evolution of American spirituality over the past fifty years is the subject of Robert Wuthnow's engrossing new book. Wuthnow uses in-depth interviews and a broad range of resource materials to show how Americans, from teenagers to senior citizens, define their spiritual journeys. His findings are a telling reflection of the changes in beliefs and lifestyles that have occurred throughout the United States in recent decades.

Wuthnow reconstructs the social and cultural reasons for an emphasis on a spirituality of dwelling (houses of worship, denominations, neighborhoods) during the 1950s. Then in the 1960s a spirituality of seeking began to emerge, leading individuals to go beyond established religious institutions. In subsequent chapters Wuthnow examines attempts to reassert spiritual discipline, encounters with the sacred (such as angels and near-death experiences), and the development of the "inner self." His final chapter discusses a spirituality of practice, an alternative for people who are uncomfortable within a single religious community and who want more than a spirituality of endless seeking.

The diversity of contemporary American spirituality comes through in the voices of the interviewees. Christians, Jews, Buddhists, Muslims, Hindus, and Native Americans are included, as are followers of occult practices, New Age religions, and other eclectic groups. Wuthnow also notes how politicized spirituality, evangelical movements, and resources such as Twelve-Step programs and mental health therapy influence definitions of religious life today.

Wuthnow's landmark book, The Restructuring of American Religion (1988), documented the changes in institutional religion in the United States; now After Heaven explains the changes in personal spirituality that have come to shape our religious life. Moreover, it is a compelling and insightful guide to understanding American culture at century's end.

Robert Wuthnow is Professor of Sociology, Princeton University. He is the author of many works, including The Crisis in the Churches: Spiritual Malaise, Fiscal Woe (1997), Poor Richard's Principle: Recovering the American Dream through the Moral Dimension of Work, Business, and Money (1996), and Meaning and Moral Order: Explorations in Cultural Analysis (California, 1987).

"Robert Wuthnow has undoubtedly become the most informed and insightful commentator on religion in America today. In this book he enlivens a comprehensive account of what has happened to us spiritually by including sparkling vignettes of real people and their stories. What he paints is a complex, sometimes confusing but hopeful picture of the changing soul of America."—Harvey Cox, author of Fire From Heaven

"A beautifully written, sensitive interpretation of contemporary American culture and its religious dimensions. This book will surely stir considerable interest, discussion, and debate. It is not only a penetrating analysis, but a very stimulating and challenging one as well."—Father Andrew Greeley, University of Chicago

"After Heaven occupies a rare and necessary place between sympathetic understanding and critical assessment. . . . Wuthnow has done a superb job examining the current state of religious practice in America."—Jacob Needleman, author of The New Religion

"For those of us who are both excited and bewildered by highly visible recent trends in spirituality, this is a must-read book. Robert Wuthnow has a firm grasp on the traditions of spiritual life, but he also probes with great sensitivity the popular quests of recent decades. His study combines solid research into the social realities with genuine spiritual insight."—Richard J. Mouw, President, Fuller Theological Seminary

"Robert Wuthnow, one of the foremost interpreters of American society and its religious cultures, excels at describing and analyzing America's complex negotiation with a world of expanding but fragmentary knowledge, distracting materialism, and fleeting moments of grace. After Heaven, in its range and depth of analysis of spiritual trends since the 1950s, is a worthy and welcomed companion to the author's classic study of ideological change in postwar religious institutions, The Restructuring of American Religion."—R. Scott Appleby, Associate Professor of History, Director, Cushwa Center for the Study of American Catholicism 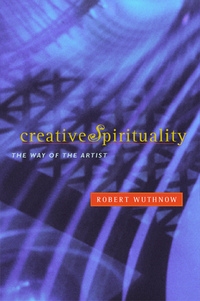 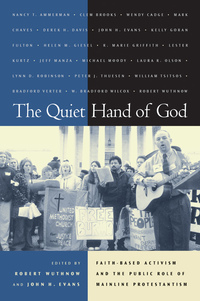 The Quiet Hand of God 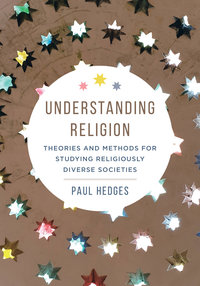