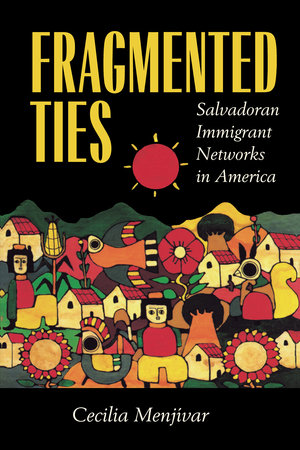 In one of the most comprehensive treatments of Salvadoran immigration to date, Cecilia Menjívar gives a vivid and detailed account of the inner workings of the networks by which immigrants leave their homes in Central America to start new lives in the Mission District of San Francisco. Menjívar traces crucial aspects of the immigrant experience, from reasons for leaving El Salvador, to the long and perilous journey through Mexico, to the difficulty of finding work, housing, and daily necessities in San Francisco. Fragmented Ties argues that hostile immigration policies, shrinking economic opportunities, and a resource-poor community make assistance conditional and uneven, deflating expectations both on the part of the new immigrants and the relatives who preceded them. In contrast to most studies of immigrant life that identify networks as viable sources of assistance, this one focuses on a case in which poverty makes it difficult for immigrants to accumulate enough resources to help each other.

Menjívar also examines how class, gender, and age affect immigrants' access to social networks and scarce community resources. The immigrants' voices are stirring and distinctive: they describe the dangers they face both during the journey and once they arrive, and bring to life the disappointments and joys that they experience in their daily struggle to survive in their adopted community.

"This is a richly-detailed ethnographic account that gives us insight into the complex nature of social networks of recently-arrived Salvadoran immigrants. Challenging romanticized notions of immigrant solidarity, Fragmented Ties reveals the problems of obtaining help from relatives and friends with few resources to share. A valuable contribution that advances our understanding of the immigrant experience."—Nancy Foner, editor of New Immigrants in New York

"Menjivar painstakingly describes the 'downside' of immigrant networks. Although there are exceptions in early accounts of the Chicago School of Sociology, nothing similar exists for recent migrants. It is a polished integration of ethnographic research and imagination, not a description of a localized phenomenon. For that reason, this book has significant implications for sociological analysis and it will be read extensively. . . I can imagine it used not only for further exploration of issues of interest to specialists, but also as a tool to instruct students and the wider public about the details of immigrant adaptation."—Patricia Fernandez-Kelly, Princeton University Department of Sociology and Office of Population Research

"Framented Ties provides a nuanced and critical analysis of the complexity of immigrant social networks. . . .This astute study of the underside of networks -- and of their differentiation by gender, generation, and social class -- is a gem of an ethnography that will challenge conventional wisdom on the subject. . . .It is an illuminating look at a significant population -- the Salvadorans -- that has almost imperceptibly become one of the largest Latin American groups in the United States."—Ruben G. Rumbaut, co-author of Immigrant America: A Portrait


"This is the first book on Salvadorans living and working in California, and it is a treasure. Based on meticulously collected research materials, this ethnography offers one of the most compelling and complex analyses of social networks. Revealing the fluid nature of social networks and the ways in which the intersections of generation, gender and class conspire to both help and hinder Salvadorans' opportunities in the United States, Cecilia Menjivar's book promises to make lasting contribution to the way we think about immigration." —Pierrette Hondagneu-Sotelo, author of Doméstica
Read More >

1. The Structure of Opportunities, Social Networks,
and Social Position
2. Background to Migration
3· The Long Journey through Mexico
4· The Context of Reception in the United States
5· The Dynamics of Social Networks
6. Gendered Networks
7· Informal Exchanges and Intergenerational Relations
8. Immigrant Social Networks and the Receiving Context 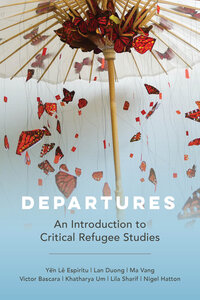 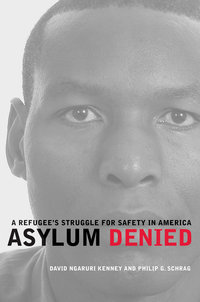