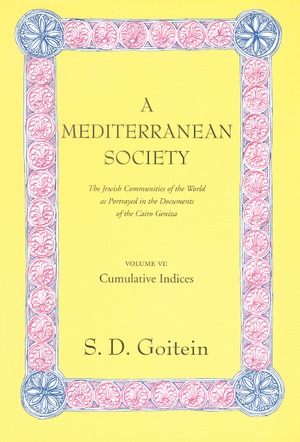 A Mediterranean Society, Volume VI The Jewish Communities of the Arab World as Portrayed in the Documents of the Cairo Geniza, Cumulative Indices

Volume VI, prepared by Paula Sanders, is a volume of cumulative, analytical indices.