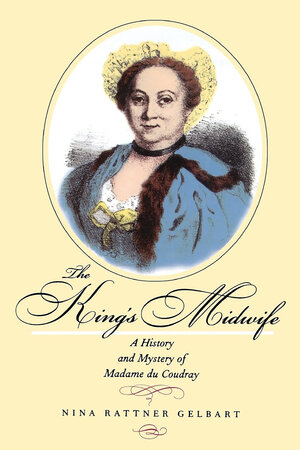 The King's Midwife A History and Mystery of Madame du Coudray

This unorthodox biography explores the life of an extraordinary Enlightenment woman who, by sheer force of character, parlayed a skill in midwifery into a national institution. In 1759, in an effort to end infant mortality, Louis XV commissioned Madame Angélique Marguerite Le Boursier du Coudray to travel throughout France teaching the art of childbirth to illiterate peasant women. For the next thirty years, this royal emissary taught in nearly forty cities and reached an estimated ten thousand students. She wrote a textbook and invented a life-sized obstetrical mannequin for her demonstrations. She contributed significantly to France's demographic upswing after 1760.

Who was the woman, both the private self and the pseudonymous public celebrity? Nina Rattner Gelbart reconstructs Madame du Coudray's astonishing mission through extensive research in the hundreds of letters by, to, and about her in provincial archives throughout France. Tracing her subject's footsteps around the country, Gelbart chronicles du Coudray's battles with finance ministers, village matrons, local administrators, and recalcitrant physicians, her rises in power and falls from grace, and her death at the height of the Reign of Terror. At a deeper level, Gelbart recaptures du Coudray's interior journey as well, by questioning and dismantling the neat paper trail that the great midwife so carefully left behind. Delightfully written, this tale of a fascinating life at the end of the French Old Regime sheds new light on the histories of medicine, gender, society, politics, and culture.

Nina Rattner Gelbart is Professor of History and the History of Science at Occidental College, Los Angeles, and author of Feminine and Opposition Journalism in Old Regime France: "Le Journal des Dames" (California, 1987), which won the Sierra Prize.

"Nina Gelbart has achieved something very rare: a penetrating original work of social history that reads like a novel. With marvelous mastery of France's archival records, Gelbart brings to life the eighteenth century's most famous midwife, Madame de Coudray. The vivid details of early modern childbirth are presented in a moving and unforgettable style. And better yet, Gelbart carefully and imaginatively weaves together the story of Coudray within the often colorful aristocratic society that governed France on the eve of its greatest revolution. History just doesn't get much better than this."—Gary Kates, author of Monsieur D'Eon Is a Woman