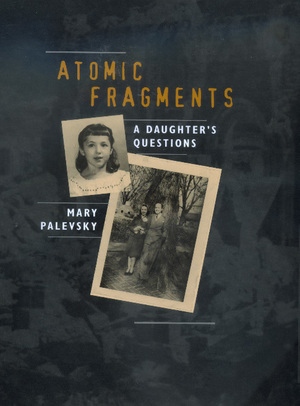 On December 1, 1995, I traveled to Stanford University to meet with Edward Teller at the Hoover Institution on War, Revolution and Peace, where he is a senior research fellow. Left to my own devices, I would not have attempted to interview Teller. I am from a liberal background, and his name held many negative associations for me, from the matter of J. Rober
About the Book About the Author Reviews Table of Contents Related Books

More than most of us, Mary Palevsky needed to come to terms with the moral complexities of the atomic bomb: Her parents worked on its development during World War II and were profoundly changed by that experience. After they died, unanswered questions sent their daughter on a search for understanding. This compelling, sometimes heart-wrenching chronicle is the story of that quest. It takes her, and us, on a journey into the minds, memories, and emotions of the bomb builders.

Scientists Hans Bethe, Edward Teller, Joseph Rotblat, Herbert York, Philip Morrison, and Robert Wilson, and philosopher David Hawkins responded to Palevsky's personal approach in a way that dramatically expands their previously published statements. Her skill and passion as an interlocutor prompt these men to recall their lives vividly and to reexamine their own decisions, debating within themselves the complex issues raised by the bomb.

The author herself, seeking to comprehend the widely differing ways in which individual scientists made choices about the bomb and made sense of their work, deeply reconsiders those questions of commitment and conscience her parents faced. In personal vignettes that complement the interviews, she captures other remembrances of the bomb through commemorative events and chance encounters with people who were "there." Her concluding chapter reframes the crucial moral questions in terms that show the questions themselves to be the abiding legacy we all share. This beautifully written book bridges generations to make its readers participants in the ongoing dialogue about science and philosophy, war and peace.

"Mary Palevsky has thrown new light on the history of the atomic age by recording the thoughts and memories of leading actors in the drama before they are all gone." —Freeman Dyson, author of The Sun, the Genome, and the Internet: Tools of Scientific Revolutions

"The author's quest for insight into her parents' lives has genuine emotional appeal. She is sensitive and careful--ready to change her mind, reshape her approach. The result is a narrative that is honest and suspenseful. We know these questions will not have answers, but we remain fascinated with the attempt to resolve them."—Ruth Lewin Sime, author of Lise Meitner: A Life in Physics

"An eloquent volume. Mary Palevsky has stimulated the greatest of the bomb builders to think and speak in new ways about the nuclear weapons they created and their meaning for mankind."—Priscilla Johnson McMillan, Davis Center, Harvard University

"She is a very remarkable young woman, a help to all of us. I call her our ethnographer, visiting this strange tribe, befriending them, learning much from them, helping them!"—David Hawkins, interviewee. Distinguished Professor Emeritus of Philosophy, the University of Colorado

“A timely approach to the great and controversial issues that arise from the creation of the atomic bomb. Her interviews are both extensive and penetrating, persistent yet sympathetic.” —Emily Morrison

EPILOGUE Mosaic
The Problem of Power
The Bohr Phenomenon
Being God or Seeing God?
An Atomic Scientist's Appeal
What Science Is and What Science Makes
Life Understood Backward
Farewell