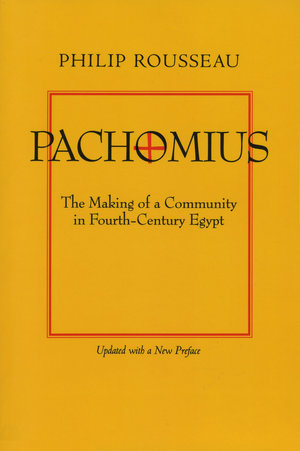 Pachomius The Making of a Community in Fourth-Century Egypt

Pachomius, who died in 346, has long been regarded as the "founder of monasticism." Available again, Philip Rousseau's careful reading of the available texts reveals that Pachomius's pioneering enterprise has been consistently misread in light of later monastic practices. Rousseau not only provides a fuller and more accurate portrait of this great teacher and spiritual director but also gives a new perspective on the development of monasticism. In a new preface Rousseau reviews the scholarly developments that have modified his views and emphases since the book was published. The result is to make Pachomius an even less assured pioneer, a man likely to have been more involved in the village and urban society of his time than previously thought.

Philip Rousseau is Andrew W. Mellon Distinguished Professor of Early Christian Studies, and Director, Center for the Study of Early Christianity, Catholic University of America.  He is the author of Basil of Caesarea (California, 1995).

"Masterful control of the sources and sympathy for the subject. . . . Pachomius has the additional interest of dealing with a classic instance of biographical and other material originally compiled rom oral tradition, with all the fascination and uncertainty that this brings to the interpretation of the story."—Times Literary Supplement

"An impressive and readable study, well argued and admirably documented."—Journal of Theological Studies

"[Rosseau] has made Pachomius a more understandable historical figure and has shown the uniqueness of the way of life he struggled to define."—American Historical Review

"This very readable and well-documented work provides a needed corrective to the superficial treatment of Pachomius found in many monastic histories."—Church History 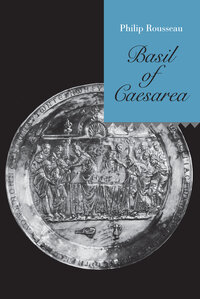