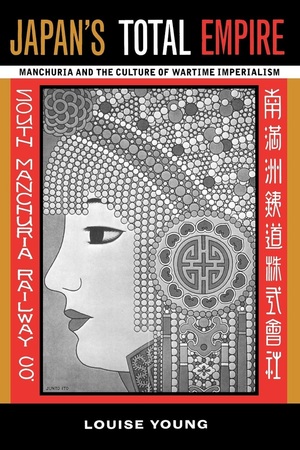 Japan's Total Empire Manchuria and the Culture of Wartime Imperialism

In this first social and cultural history of Japan's construction of Manchuria, Louise Young offers an incisive examination of the nature of Japanese imperialism. Focusing on the domestic impact of Japan's activities in Northeast China between 1931 and 1945, Young considers "metropolitan effects" of empire building: how people at home imagined and experienced the empire they called Manchukuo.

Contrary to the conventional assumption that a few army officers and bureaucrats were responsible for Japan's overseas expansion, Young finds that a variety of organizations helped to mobilize popular support for Manchukuo—the mass media, the academy, chambers of commerce, women's organizations, youth groups, and agricultural cooperatives—leading to broad-based support among diverse groups of Japanese. As the empire was being built in China, Young shows, an imagined Manchukuo was emerging at home, constructed of visions of a defensive lifeline, a developing economy, and a settler's paradise.

"A pathbreaking study that situates Manchukuo where it belongs in the center of Japan's imperial project. In an admirably bold and beautifully textured analysis, Young shows how the military, economic, and social aspects of an imperialism that involved more than a million Japanese in the domination of Northeast China emerged as the fateful outcome of modernity and ended as the ground of a terrible war. Total war, total mobilization, total empire—a gripping account of the lessons of twentieth-century history."—Carol Gluck, author of Japan's Modern Myths

"A work of major importance in the study of Japanese imperialism. Louise Young has opened up areas unexplored by research works in the English language, examining them in rich detail and commenting on them on many levels and in many stimulating ways."—Peter Duus, author of The Abacus and the Sword

"A magisterial work, at once comprehensive and penetrating. At home with both statistics and cultural imagery, Louise Young shows that relations with Manchuria galvanized the entire social body of Japan through its emerging mass culture. She stirs the silent memories of a dangerous place, a place that shaped modern Japan much more intimately than we imagined."—Prasenjit Duara, author of Rescuing History from the Nation: Questioning Narratives of Modern China 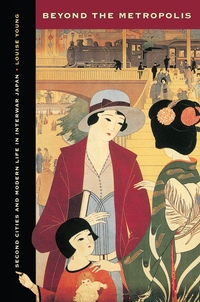