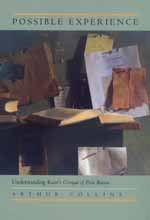 Arthur Collins's succinct, revisionist exposition of Kant's Critique of Pure Reason brings a new clarity to this notoriously difficult text. Until recently most readers, ascribing broadly Cartesian assumptions to Kant, have concluded that the Critique advances an idealist philosophy, because Kant calls it "transcendental idealism" and because the work abounds in apparent confirmations of that interpretation.

Collins maintains not only that this reading of Kant is false but also that it conceals Kant's real achievements. To counter it, he addresses the themes and passages in the Critique that seem to require an idealist thesis and shows how they may be better understood without ascribing any idealist philosophy to Kant. His account coheres with Kant's explicit "refutations" of idealism, it fits Kant's rejection of the imputation of idealism to him by early critics and readers, and it validates Kant's contention that the second edition of the Critique changes the expression but not the doctrine of the first.

Arthur Collins is Professor of Philosophy Emeritus at the Graduate Center of the City University of New York and author of The Nature of Mental Things (1987) and Thought and Nature: Studies in Rationalist Philosophy (1985).

"This stimulating and accessible treatment of a central philosophical work advances a nuanced and original understanding, highly relevant to current debates both in Kant interpretation and in philosophy more generally."—Howard Wettstein, author of Has Semantics Rested on a Mistake? and Other Essays