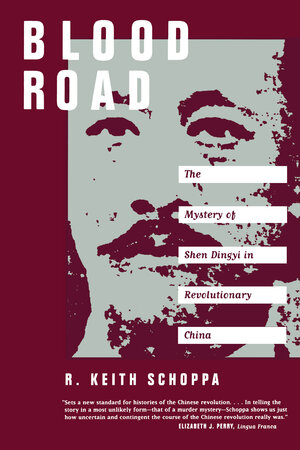 Blood Road The Mystery of Shen Dingyi in Revolutionary China

Blood Road is a complex mix of social history, literary analysis, political biography, and murder mystery. It explores and analyzes the social and cultural dynamics of the Chinese revolution of the 1920s by focusing on the mysterious 1928 assassination of Shen Dingyi—revolutionary, landlord, politician, poet, journalist, educator, feminist, and early member of both the Communist and Nationalist parties.

The search for Shen's killer details the contours of revolutionary change in different spatial contexts—metropolitan Shanghai, the provincial capital Hangzhou, and Shen's home village of Yaqian. Several interrelated themes emerge in this dramatic story of revolution: the nature of social identity, the role of social networks, the political import of place, and the centrality of process in historical explanation. It contributes significantly to a new understanding of Chinese revolutionary culture and the 1920s revolution in particular. But Blood Road remains at base a story of people linked in various relationships who were thrust, often without choice, into treacherous revolutionary currents that shaped, twisted, and destroyed their lives.

R. Keith Schoppa is Professor of History and Chair of both the Department of History and the East Asian Studies Program at Valparaiso University. He is the author of Chinese Elites and Political Change (1982) and Xiang Lake:Nine Centuries of Chinese Life (1989).