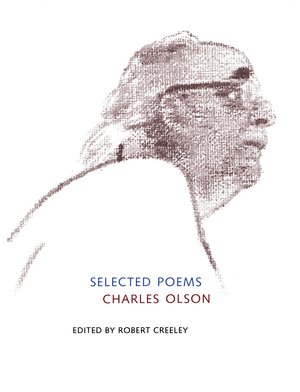 "I have assumed a great deal in the selection of the poems from such a large and various number, making them a discourse unavoidably my own as well as any Olson himself might have chosen to offer. I had finally no advice but the long held habit of our using one another, during his life, to act as a measure, a bearing, an unabashed response to what either might write or say."—Robert Creeley

A seminal figure in post-World War II literature, Charles Olson has helped define the postmodern sensibility. His poetry embraces themes of empowering love, political responsibility, the wisdom of dreams, the intellect as a unit of energy, the restoration of the archaic, and the transformation of consciousness—all carried in a voice both intimate and grand, American and timeless, impassioned and coolly demanding.

In this selection of some 70 poems, Robert Creeley has sought to present a personal reading of Charles Olson's decisive and inimitable work—"unequivocal instances of his genius"—over the many years of their friendship.

Charles Olson (1910-1970) was born in Worcester, Massachusetts. His first career was in politics, but he soon turned to writing and by the late Forties his work had received major attention. He was writing teacher and then rector at Black Mountain College, where Robert Creeley came to teach as well. Iconoclastic and controversial, Olson, along with Creeley, launched a postmodern, free-verse revolution, and his work opened new pathways in thought and language to a generation of dissident writers. Other volumes of Charles Olson's poetry are published by the University of California Press: The Maximus Poems (1983) and The Collected Poems of Charles Olson (1987).
Robert Creeley has long been an advocate of Charles Olson's work. Nine volumes of their correspondence have been published by Black Sparrow Press. The University of California Press publishes The Collected Poems of Robert Creeley, 1945-1975 (1982), his Collected Prose (1988), Collected Essays (1989), and Selected Poems (1991). 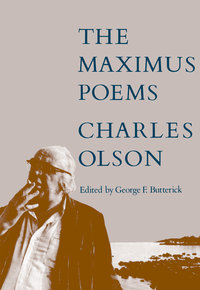