Vietnam 1945 The Quest for Power

1945: the most significant year in the modern history of Vietnam. One thousand years of dynastic politics and monarchist ideology came to an end. Eight decades of French rule lay shattered. Five years of Japanese military occupation ceased. Allied leaders determined that Chinese troops in the north of Indochina and British troops in the South would receive the Japanese surrender. Ho Chi Minh proclaimed the Democratic Republic of Vietnam, with himself as president.

Drawing on extensive archival research, interviews, and an examination of published memoirs and documents, David G. Marr has written a richly detailed and descriptive analysis of this crucial moment in Vietnamese history. He shows how Vietnam became a vortex of intense international and domestic competition for power, and how actions in Washington and Paris, as well as Saigon, Hanoi, and Ho Chi Minh's mountain headquarters, interacted and clashed, often with surprising results. Marr's book probes the ways in which war and revolution sustain each other, tracing a process that will interest political scientists and sociologists as well as historians and Southeast Asia specialists.

David G. Marr is Senior Fellow at the Research School of Pacific Studies, Australian National University. He is the author of Vietnamese Anticolonialism, 1885-1925 (California, 1971) and Vietnamese Tradition on Trial, 1920-1945 (California, 1981).

1 THE FRENCH AND THE JAPANESE
2 THE VIETNAMESE DEAL WITH TWO MASTERS
3 THE INDOCHINESE COMMUNIST PARTY AND THE VIET MINH
4 THE ALLIES: CHINA AND THE UNITED STATES
5 THE ALLIES: GREAT BRITAIN AND FREE FRANCE
6 THE OPPORTUNE MOMENT
7 BEYOND HANOI
8 A STATE IS BORN 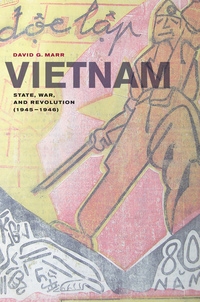 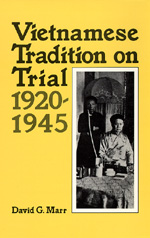 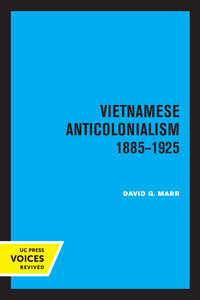