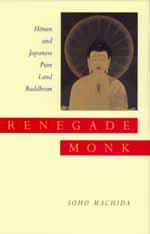 The Pure Land sect of Japanese Buddhism is one of the strongest Buddhist sects in Japan, with three and a half million followers. In this book, Soho Machida provides the first detailed, objective account in English of the life and thought of its founder, Honenbo Genku (1133-1212), known as Honen.

Opening with the destruction and chaos that beleaguered Kyoto during Honen's lifetime, Soho Machida explores Honen's social context to discover the roots of his thought and the source of his popularity. The Old Buddhist regime had a stranglehold on peasants, he shows, by concocting images of vindictive spirits, hell, and an apocalyptic collapse of the law in these chaotic times. Machida asserts that when Honen countered such negative, menacing images by focusing his imagination on the Pure Land and actually affirming death, he became not only a radical thinker but also the leader of a revolutionary social movement—a medieval Japanese "liberation theology." Clearly argued and informed by contemporary Western theory, this book will become the definitive source on Honen's life and thought for decades to come.

Soho Machida is Assistant Professor of Japanese Studies at National University. Ioannis Mentzas is a Ph.D. candidate in the Deptartment of English and Comparative Literature at Columbia University.

"An original and highly stimulating approach. Honen, the founder of the Pure Land sect, has been greatly underestimated and neglected in modern studies of Japanese Buddhism. Notable for making connections with Christian liberation theology and for establishing the social significance of the Pure Land movement, this book will make excellent reading in courses on world religion, Japanese religion, and religion and society."—Alfred Bloom, author of Shinran's Gospel of Pure Grace

"Machida has thrusted Honen to his deserved place at the center stage of Pure Land Buddhist development. We are drawn closer to Honen as a person and a spiritual genius who not only established Pure Land as an independent tradition but also impacted the overall Japanese Buddhist ethos of his time. The West`s perception of Pure Land Buddhism has been forever transformed by this superb work."—Kenneth K. Tanaka, Musashino Women`s University, Tokyo 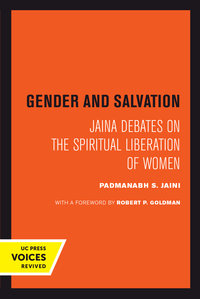