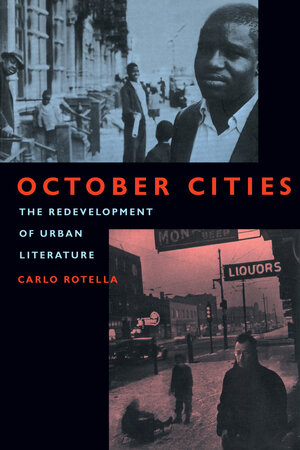 Returning to his native Chicago after World War II, Nelson Algren found a city transformed. The flourishing industry, culture, and literature that had placed prewar Chicago at center stage in American life were entering a time of crisis. The middle class and economic opportunity were leaving the inner city, and Black Southerners arriving in Chicago found themselves increasingly estranged from the nation's economic and cultural resources. For Algren, Chicago was becoming "an October sort of city even in the spring," and as Carlo Rotella demonstrates, this metaphorical landscape of fall led Algren and others to forge a literary form that traced the American city's transformation. Narratives of decline, like the complementary narratives of black migration and inner-city life written by Claude Brown and Gwendolyn Brooks, became building blocks of the postindustrial urban literature.

October Cities examines these narratives as they played out in Chicago, Philadelphia, and Manhattan. Through the work of Algren, Brown, Brooks, and other urban writers, Rotella explores the relationship of this new literature to the cities it draws upon for inspiration. The stories told are of neighborhoods and families molded by dramatic urban transformation on a grand scale with vast movements of capital and people, racial succession, and an intensely changing urban landscape.

Carlo Rotella is Assistant Professor of English and American Studies at Lafayette College.

"Rotella does an extraordinary job of describing both the ideology of urban planning and its actual realization in the built environment, and he shows how cultural (literary) constructions of meaning simultaneously reflect and inform social reality."—Richard Slotkin, author of Gunfighter Nation

"A wonderful book, a wholly authoritative mapping of urban literature in the United States from the industrial city of the 1930s and 1940s to the post-industrial landscape of the 1960s. Fascinating and pathbreaking."—Eric Lott, author of Love and Theft 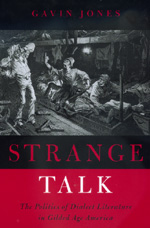 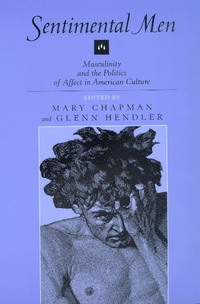