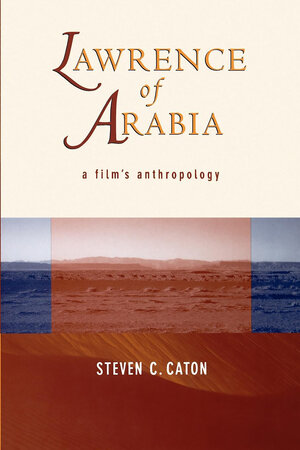 Lawrence of Arabia A Film's Anthropology

Combining ethnography, film criticism, and his extensive knowledge of the Middle East, Steven C. Caton presents an innovative and fascinating examination of the classic film, Lawrence of Arabia. Caton is interested in why this epic film has been so compelling for so many people for more than three decades. In seeking an answer he draws from situations in his own life, biographies of the film's key participants, and analyses of issues relating to class, gender, colonialism, and cultural differences. The result is a many-prismed book that poses important questions of ethnographic representation and the discourse of power.

Caton's approach is dialectical, and his readings of the film are situated within different historical periods, from the early 1960s to the present. Among the subjects he highlights are travel and colonialism in fieldwork and filmmaking, orientalism in the representation of the Other, and the film's ambiguous handling of masculinity and homosexuality. Caton looks at his own reactions to the film at various stages in his life and offers a thought-provoking account of the film's reception by today's high school and college students.

Steven C. Caton is Professor of Modern Arab Society in the Department of Anthropology at Harvard University and the author of Peaks of Yemen I Summon: Poetry as Cultural Practice in a North Yemeni Tribe (California, 1990).

"Caton's imagination was deeply affected by the power of Lawrence of Arabia, a cinematic classic that he knows intimately . . . and analyzes intelligently. Having read his multi-layered critique of Lean's epic masterpiece, we'll now be viewing our old favorite with new insight and appreciation."—L. Robert Morris and Lawrence Raskin, coauthors of Lawrence of Arabia: The 30th Anniversary Pictorial History

Introduction. The Teatro del Lago and After
1. "Travelling Circus": The Transnational in Film Production of the 1950's
2. Lean's Lens: An Embodiment of Vision
3· Riding the Whirlwind: Scripting the Political in the Spectacle
4· An Allegory of Anthropology
5· An Ami-Imperialist, Orientalist Epic
6. Maskulinities 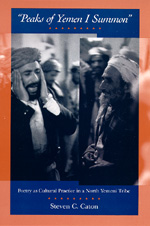 Peaks of Yemen I Summon